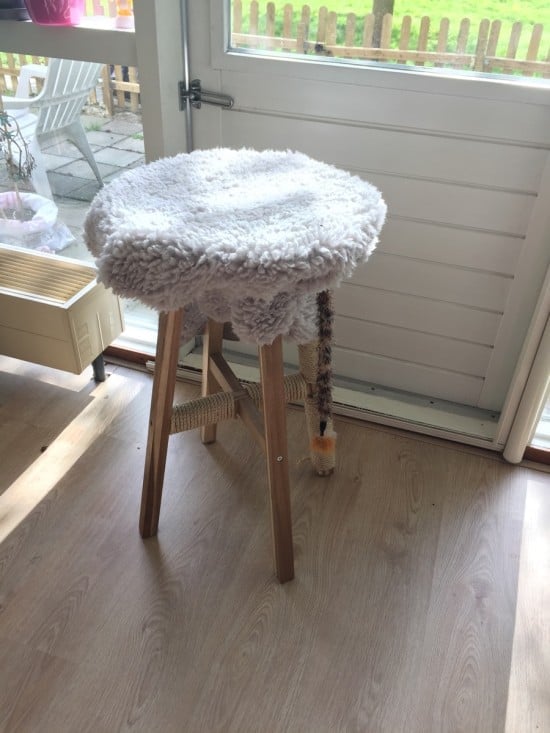 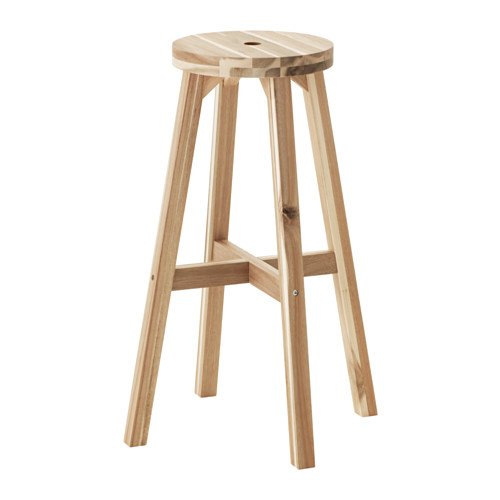 Our former scratching post was a bulky, borrowed tower, and when that returned to its official owner, our own bulky cat Yen San had nowhere to sit in a high place and rule the room.

Because most scratching posts are either too flimsy (for the 5kg cat) or too bulky (to my taste), I decided I wanted to find a more simple, yet strong solution.

Since a bar stool can easily hold the weight of a grown-up, a cat should be fine, and the shape and price of the Skogsta bar stool were ideal. 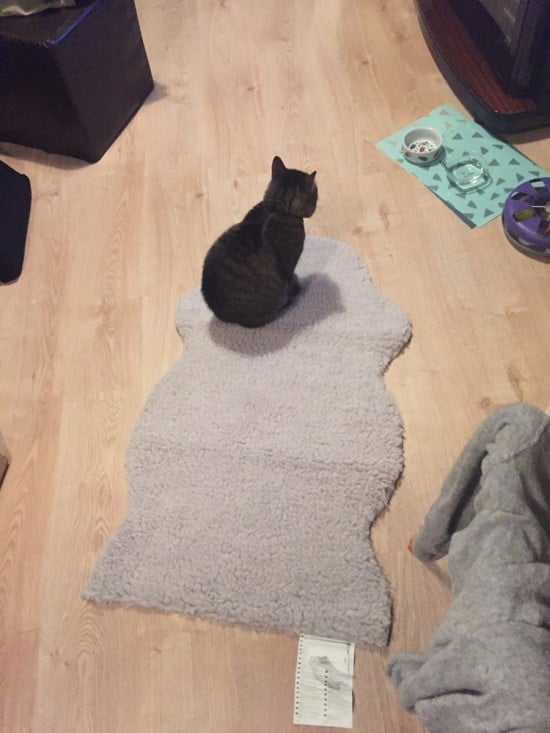 Made the SKOGSTA stool according to IKEA instructions, and added the TEJN as a soft top. The first idea was to add an edge to the stool (prototype with cardboard), but this idea was dropped later. 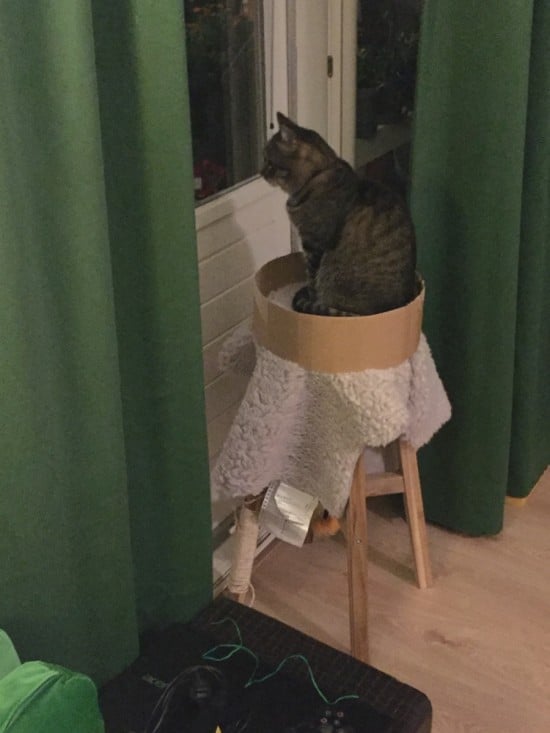 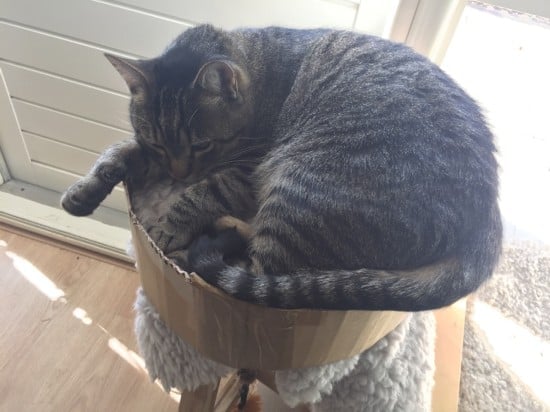 The TEJN is tied around the seat with rope, not stapled to it, so it is easily removable to wash.

First reaction was great, but the seat was a little too small to lie on for the cat, resulting in some disappointment. Luckily, this was easily solved by a quick trip to the wood shop. Our cat was very interested in this whole process, checking every screw and rope. 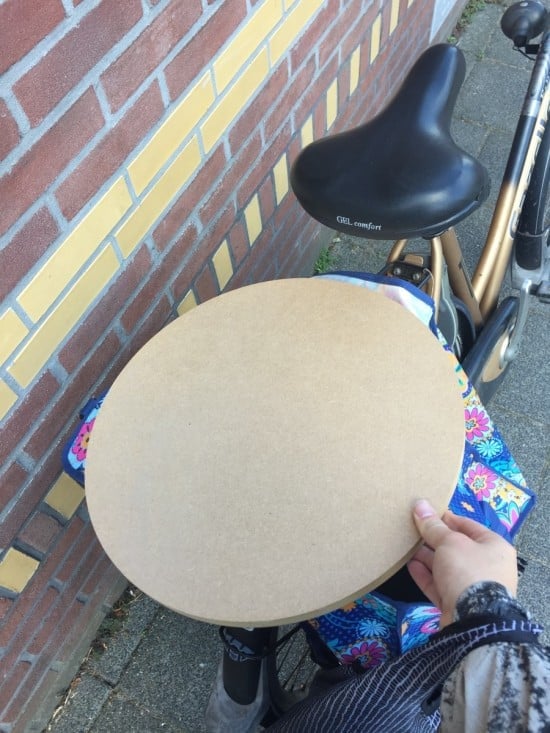 Talking about rope, it wouldn’t be a scratching post without some sisal rope. First try was with thin rope, but eventually I went for the 8mm to add some volume and roundness to the leg, attached with nails, and some glue from the glue gun for the frayed ends. 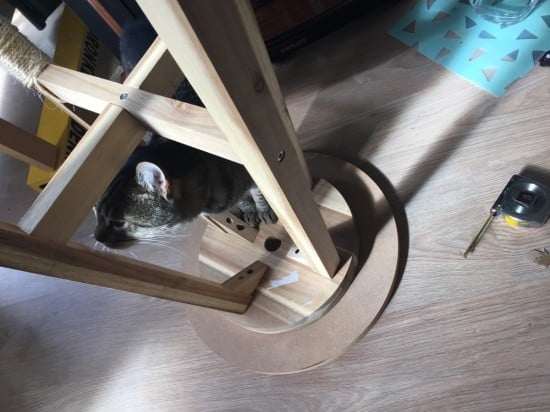 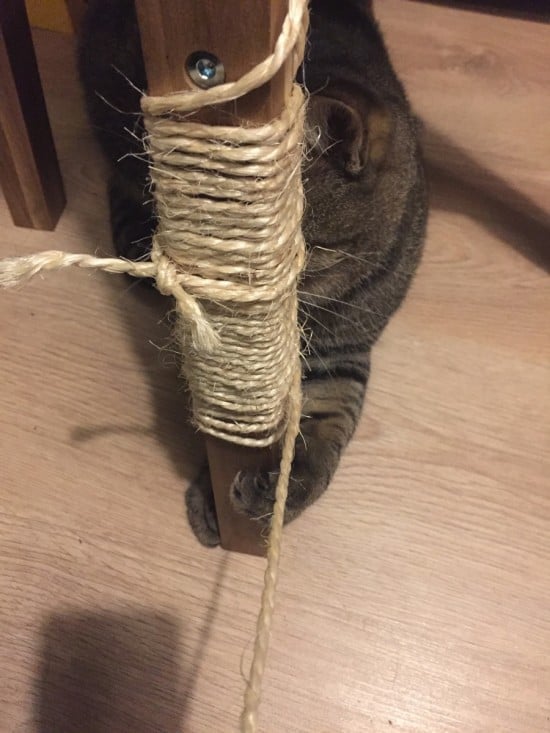 Doesn’t take up a lot of space, can be moved around quite easily, and most important, was loved by our cat, who, as a sad end to this story, was hit by a car and passed away this February. 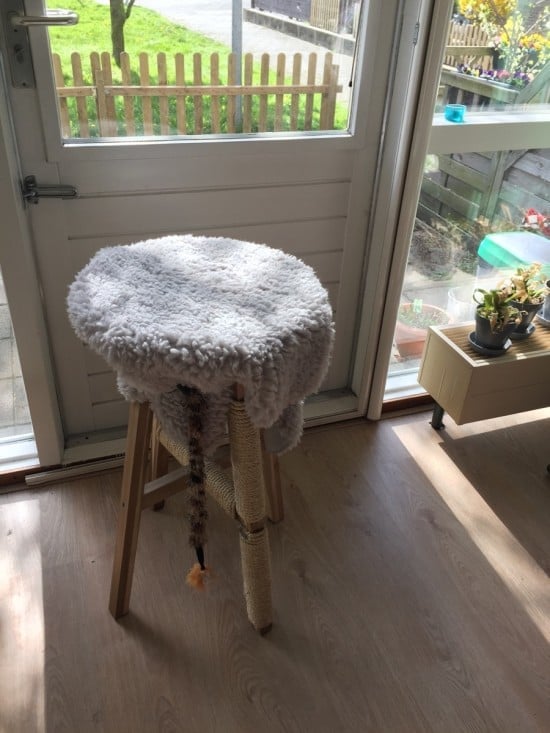 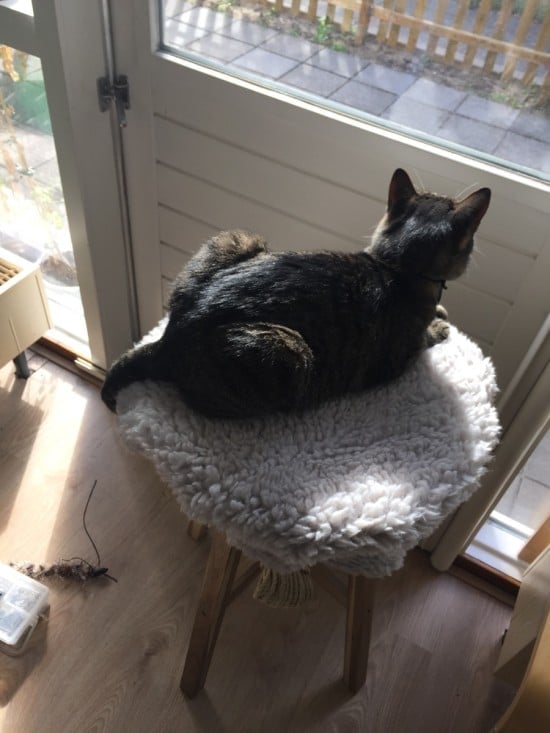