The goal: to create a custom cabinet for our tiny 1950s pink bathroom. We have limited room, and the layout is as unfavorable as possible — with no inner wall space available for an additional, large medicine cabinet. Also, there’s the horrible color issue. The bathroom is a fleshy pink. We finally gave up the Victorian lace shower curtain and the flowery pink walls, and tried to transition to a less eye-searing palette, so the new pennyround tiles we added a few years ago — in pink, white, and various shades of gray — gave us the idea to go gray on the walls. But we were still stumped as to how to get more storage room in there. We went to Ikea for some inspiration. 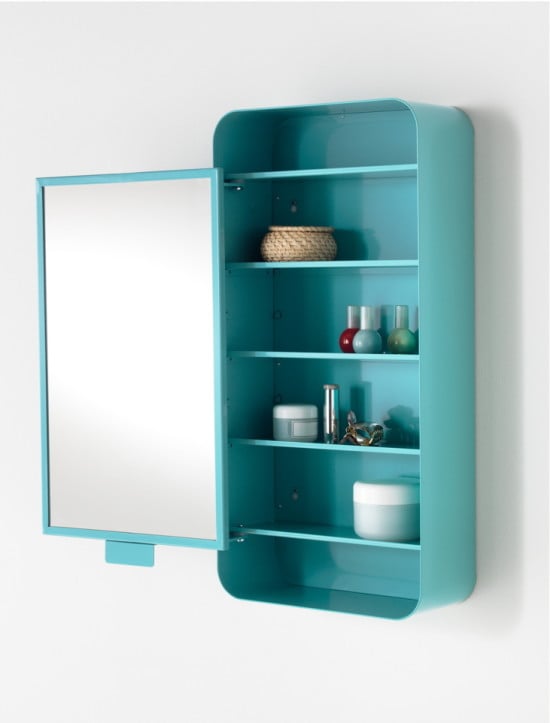 I immediately fell in love with the hot aqua Gunnern cabinet at Ikea (photo above). But it wasn’t enough cabinet. Also, it didn’t come in any other color, and we couldn’t afford to retile the entire bathroom. I decided that aqua could be our ‘pop’ of color in there, and immediately started buying towels, mats, toiletry-holding vases, etc., in that same shade, as accent pieces.

Now that the color issue was resolved, we measured our only available wall, which is across from the toilet, above a towel bar and half tile wall, and on the right, it butts up directly against the tiles of the shower. We’re further limited by the bathroom door, which opens onto that wall, making fully half the wall effectively useless; you can’t put anything as deep as a cabinet on the half of the wall that would prevent the door from opening. Upon measuring, I was delighted that, even with the door fully opened onto that wall, we had room for two Gunnerns! BUT…how awkward that would be: with both doors open at once, the right-hand cabinet’s door blocks your access to the left-hand cabinet. And sometimes you want to have the whole cabinet open at once!

So my husband and I hatched a scheme to create a single cabinet from two Gunnerns, one in which both doors would open from the center outwards, like an ordinary double-doored cabinet.

1) We constructed the first Gunnern exactly as instructed. That would be the left-hand cabinet, whose hinged-arm door opens to the left.

2) On the second cabinet, we carefully removed the door by loosening and removing the door armature’s hardware. 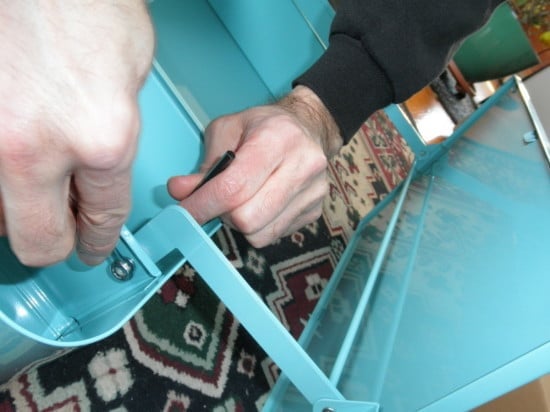 3) We then measured the location of the holes for the door armature carefully. The holes are on the fixed shelves, so we noted exactly how far they are from the side and how far from the back. 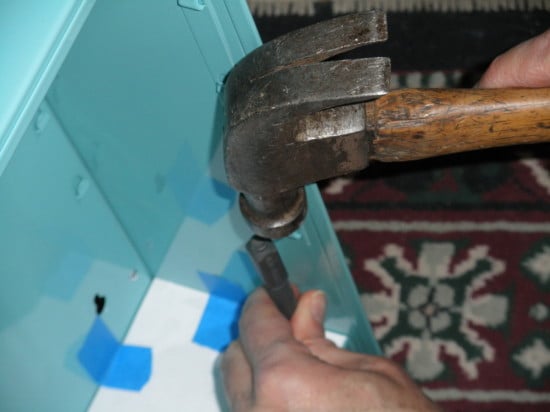 4) Protecting the finish of the shelves with cardboard, we created dimples in the metal with a hammer and awl, to prepare for drilling.

5) We then used a small-space (right-angle) drill attachment

to create new holes on the right side of the fixed shelves. The cardboard not only protects the finish; it also helped keep the drill from skittering around on the slick surface. 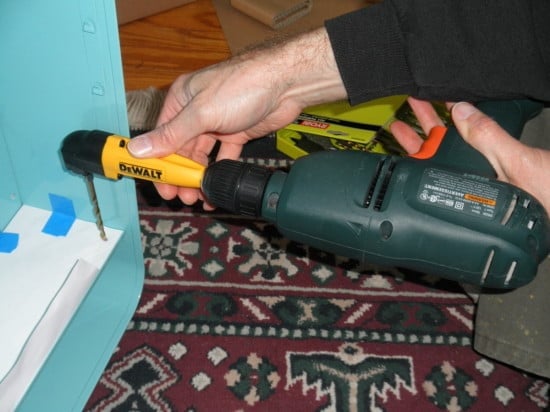 6) We re-attached the door and armature in the new holes on the right. Et voilà, we were finished!

The finished product has been extremely satisfying! An unexpected bonus is that I can open the right-hand cabinet while I’m in the shower, and thus have a handy shower mirror if I ever need one for applying some sort of beauty goop to hair or face! 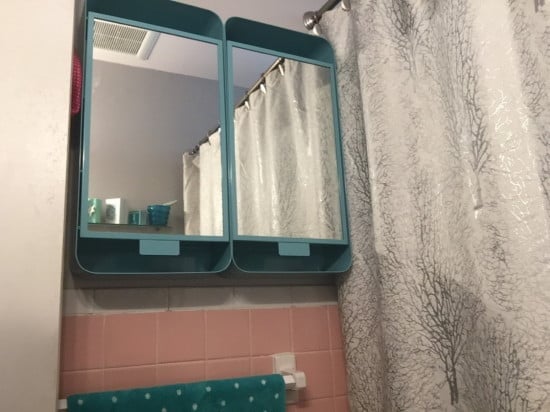 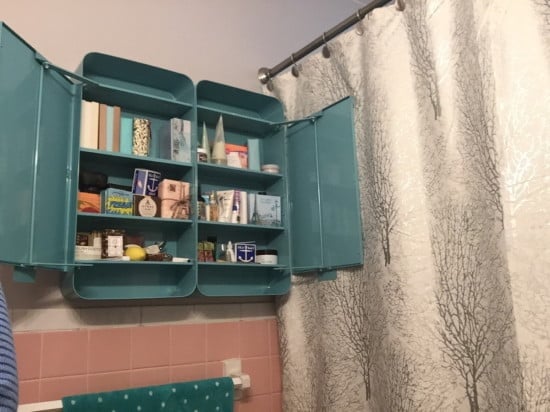 I’ve included photos from the other side of the bathroom, so you can see how the accent color fits in. In the second one of those, you can just see the Gunnern reflected in the original 1958 medicine cabinet over the sink. 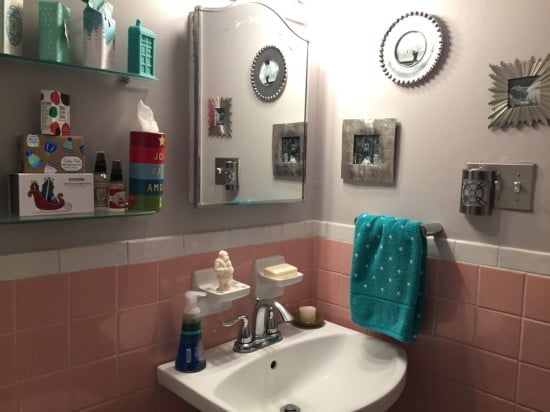 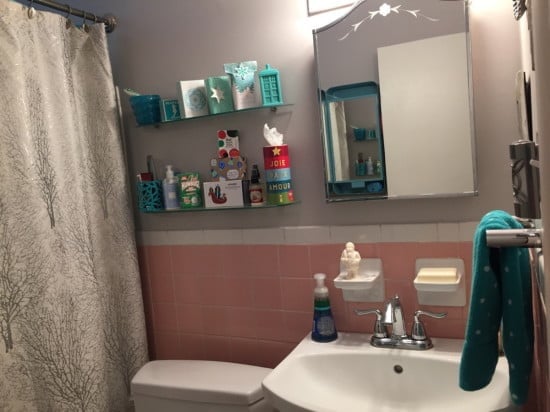 We even painted part of the bar light fixture over the sink in that bright Gunnern color, which adds some whimsy. And it’s amazing to have so much more storage space in that bathroom!