You. In the tiny apartment. Don’t you some times wish the walls would disappear?

Well, in 3 years (fingers crossed), IKEA may make that happen. Sort of.

That’s the project currently being researched at the “Home Living Lab” of IKEA. 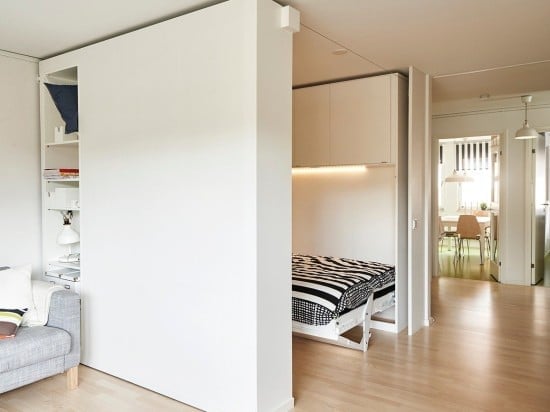 Think of them as thick giant frames, like a humungous shadow box, housing modular systems of your choice, such as a murphy-type bed, workstation or closet space. The wall frames are then set on wheels and attached to a rail. You simply push the walls to where you want them and open up the systems. Et voila! Party space by day. Bedroom by night.

To test this concept, IKEA invited families of different backgrounds to spend two weeks in the flexi space, with them recording how they felt about the daily origami. So far, Head of Research, Mikael Ydholm says the response has been largely positive.

“When can we buy it?” seems to be the conclusion.

In the meantime, you may have to settle for this.

Would you live in an apartment with movable walls?