We bought a Ikea Gulliver baby crib and some improvements needed to be made. We wanted to have the baby on same level as our own bed and without one side. This gave easy access towards the baby during the night. However there was a warning label that prevented that configuration.

Reason why this configuration was not allowed was the fact that ends of the bed were not secured well enough to hold the base in place. That was easy task to solve with couple of zip ties and one nylock nut. 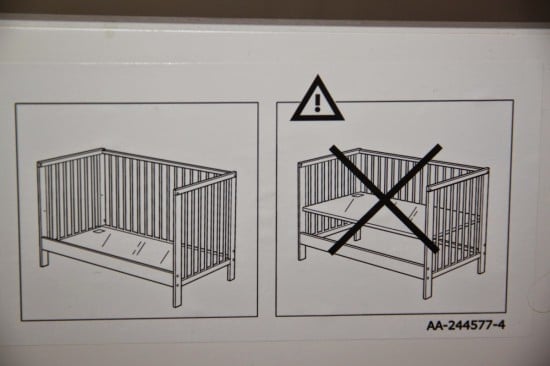 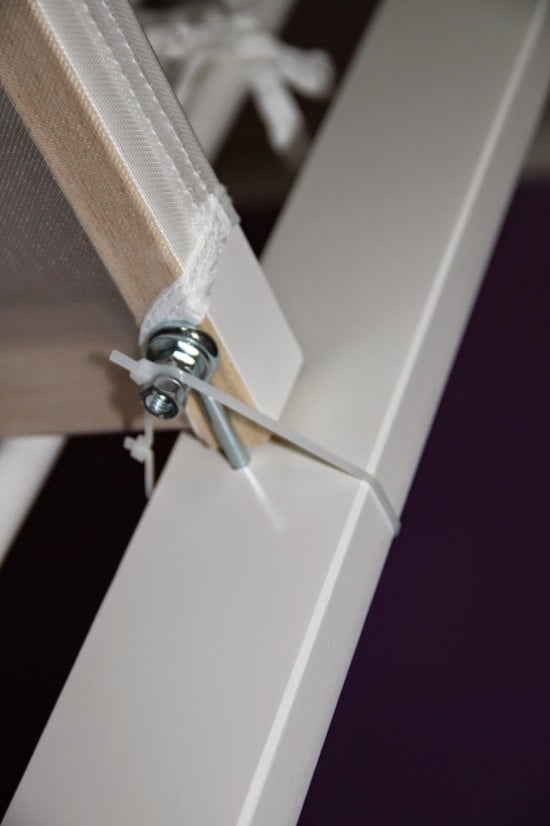 Securing bottom of the bed to the ends.

The bolt for the pin was long enough to fit additional nyloc nut to the end and this way it was possible to create good place for the zip tie. Instead of nyloc nut, a butterfly nut could be used. If you do not trust to zip ties and you are willing to make additional holes then a L-bracket could be used to secure the ends

This is the outcome and this is how the bed was used couple of months before the baby learned how to roll. Then there was a risk that the baby would roll between the beds and fall to the floor. For an engineer that was just one more challenge. 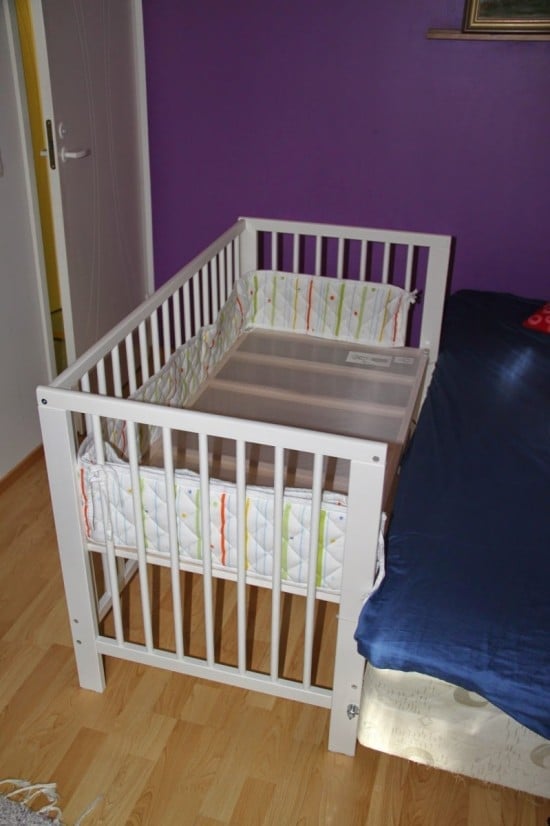 This was possible with a cabin hooks and extended bolts to the crib. The cabin hooks were screwed under the bed so that you could just fit the hook to the baby crib bolt. 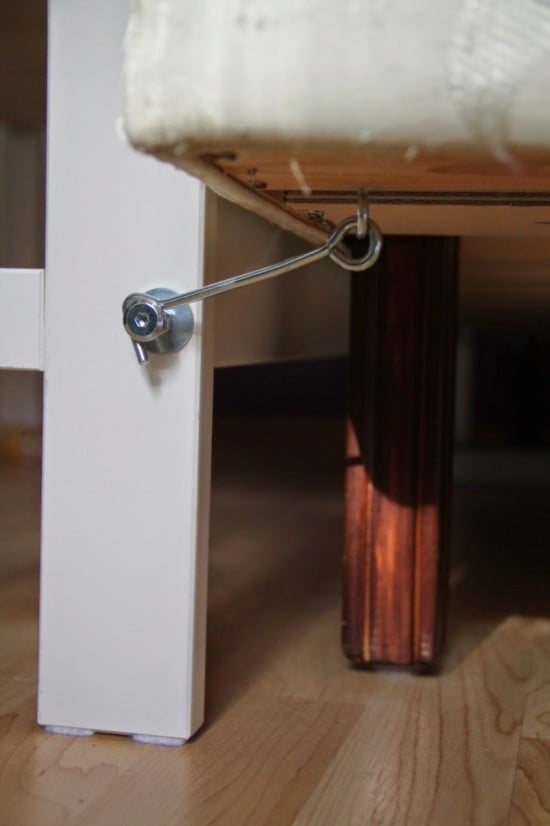 Cabin hooks were screwed under the bed. 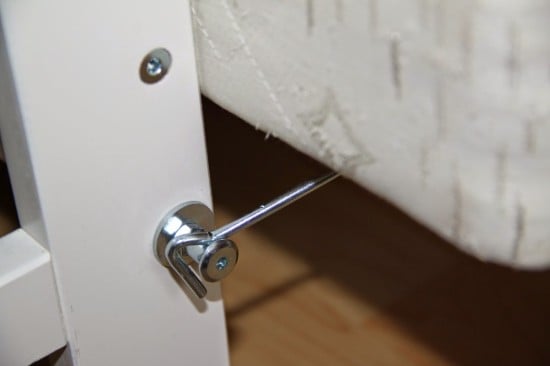 Tip of the hook was slightly bend inwards.

The original bolt was replaced with a threaded rod, a washer plate, a normal nut and an allen head sleeve nut. The normal nut is not really needed, but I found pre-cut threaded rods that were bit too long. I did not want to cut those shorter so I just added one nut.

The replacement bolt and the original bolt.

With this setup the crib was easy to secure to our bed, but it also gave an easy access between the beds. The other cabin hook was secured to the bolt with the rubber band, so it stayed in place when the crib was pivoted. It was just enough to open the hook from the one side. 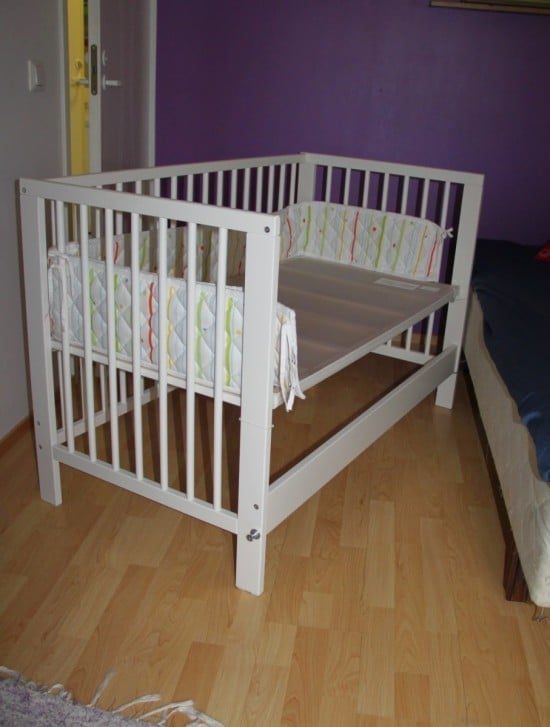 This is how we used the crib for first 6 months and when the baby started to crawl the bed base was lowered, but one side was still off for one month. When the baby was able to climb to our bed then we needed to attach the side and use the crib “normally”.

I wish to remind that cribs are designed the way they are for safety reasons. Do not modify or attempt this hack unless you know how to ensure its continued safety. ~ Jules