This is my attempt at an Expedit room diver, it all began with a large attic flat I have which was two rooms but someone knocked into one. I looked at ‘canned’ solutions to dividing the rooms and didn’t really like any of them. A friend gifted me a black Expedit he no longer had a use for and I promptly stuck it in the middle of the floor for a few months before I got around to doing something useful with it. You’ll notice the finished picture below has spotlights in the top four cubes, I don’t actually like this now it’s done but it does give a nice lamp effect to the room when it’s dark but not exactly what I was going for. 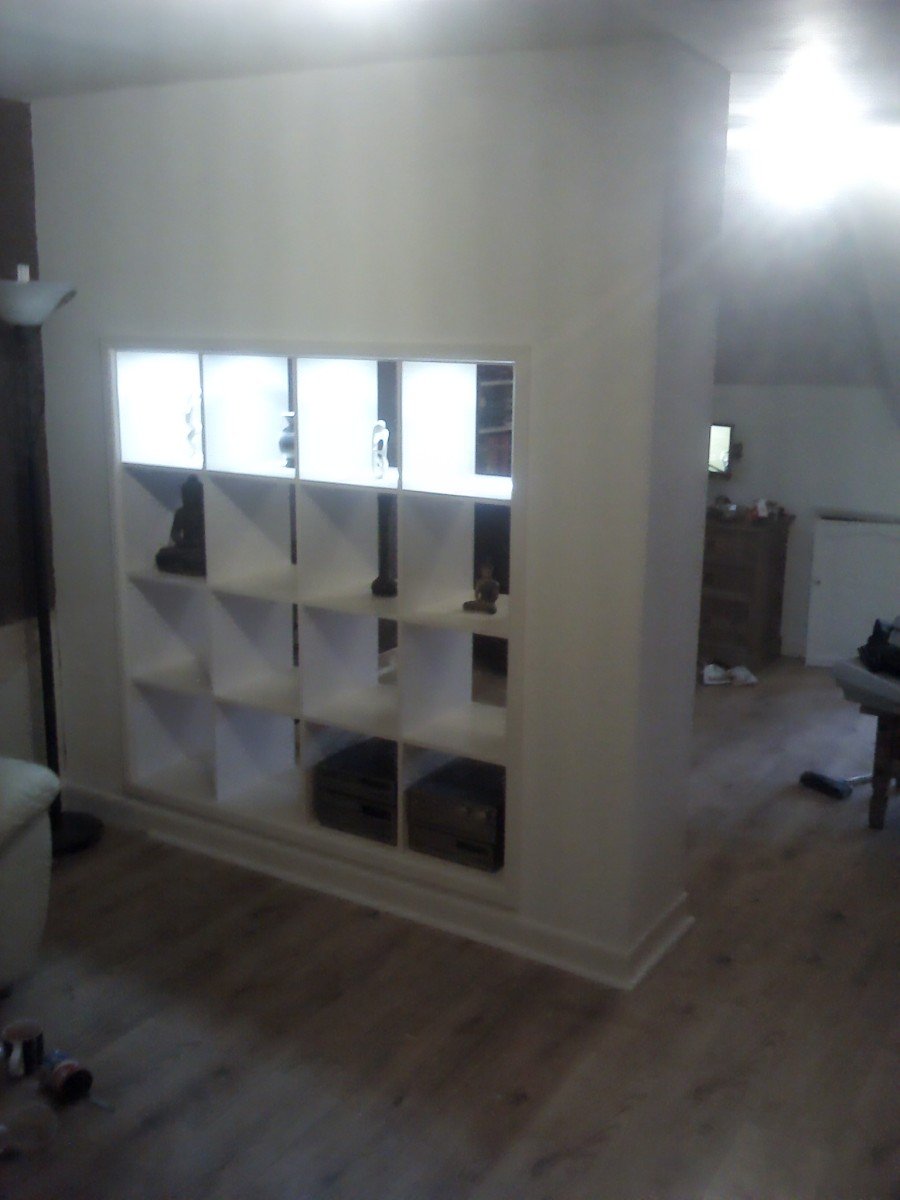 The project started with building a framework around the Expedit. 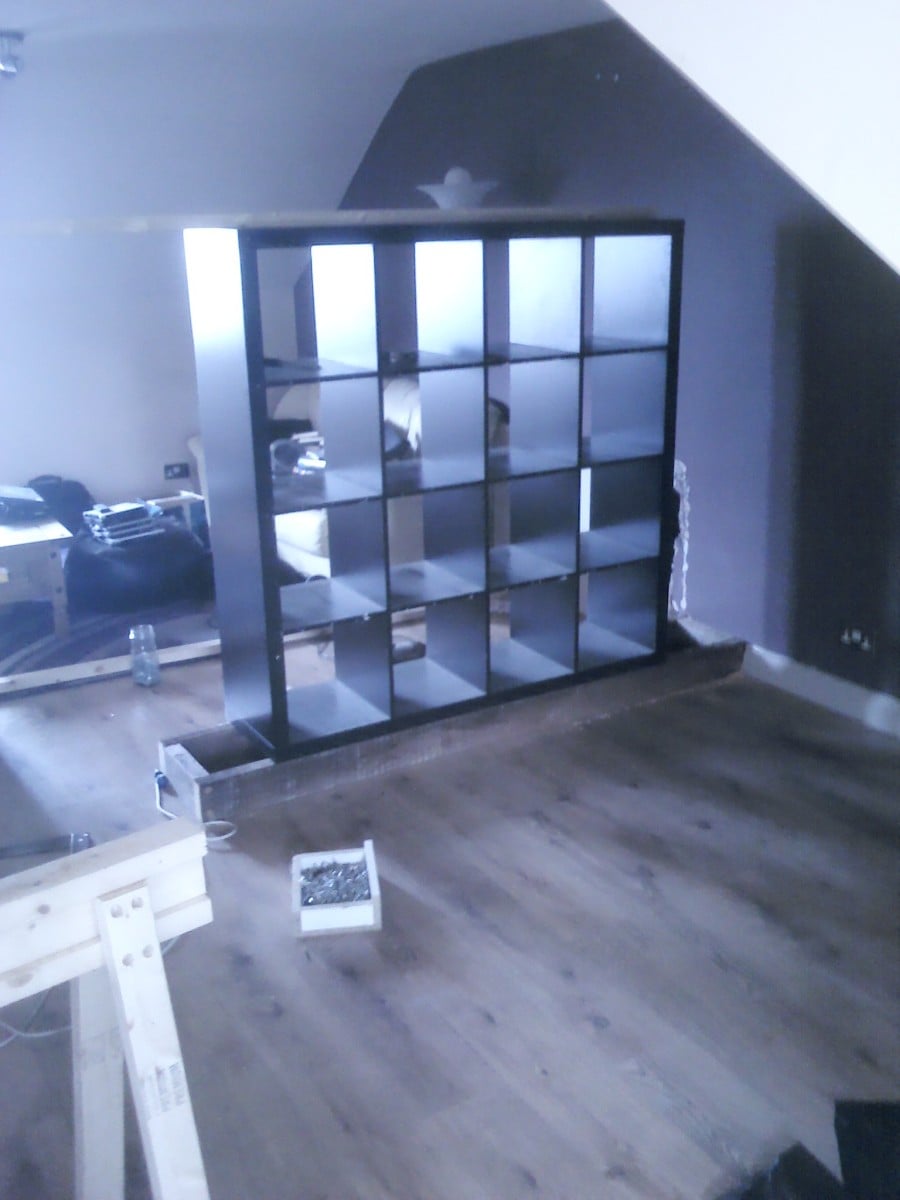 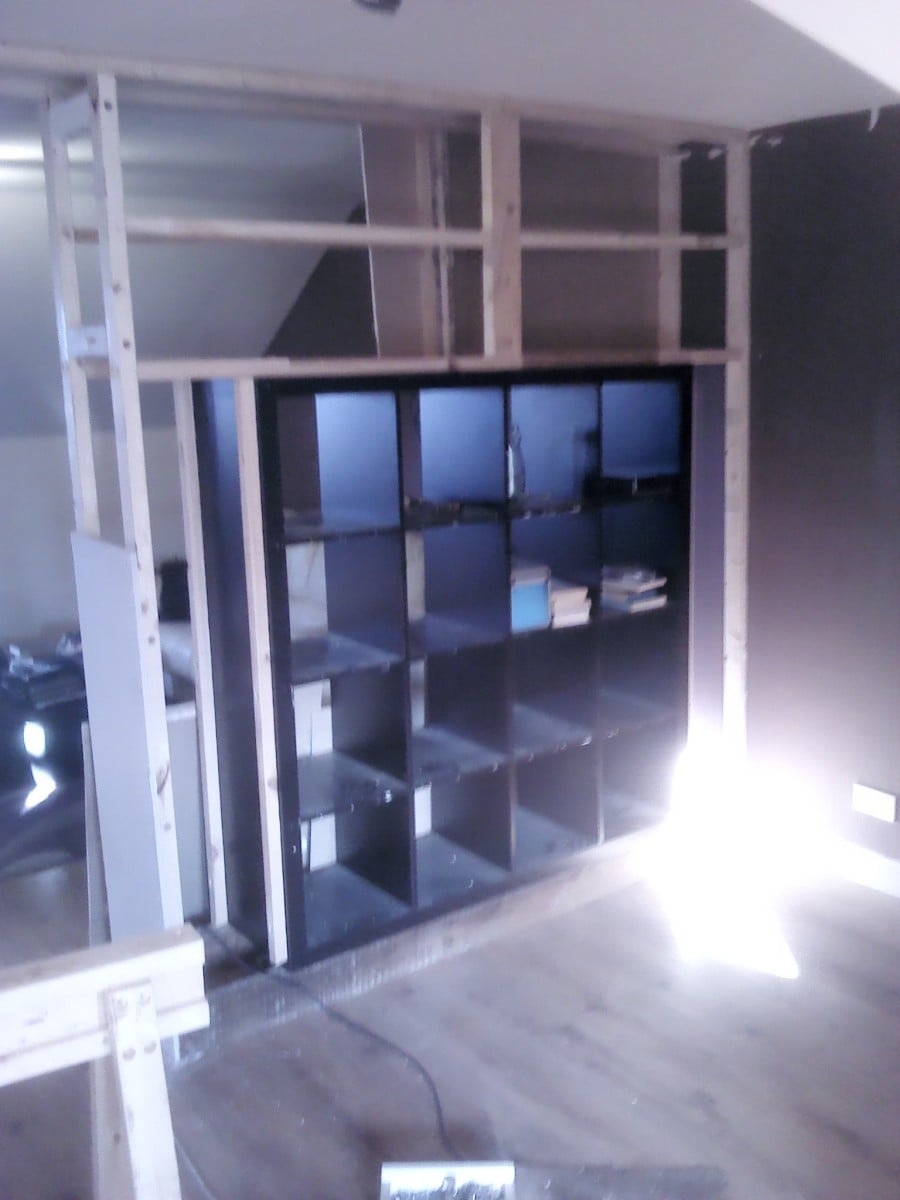 After the frame was built, it was time to get the plasterboard (drywall to North Americans?) on, and get it plastered. 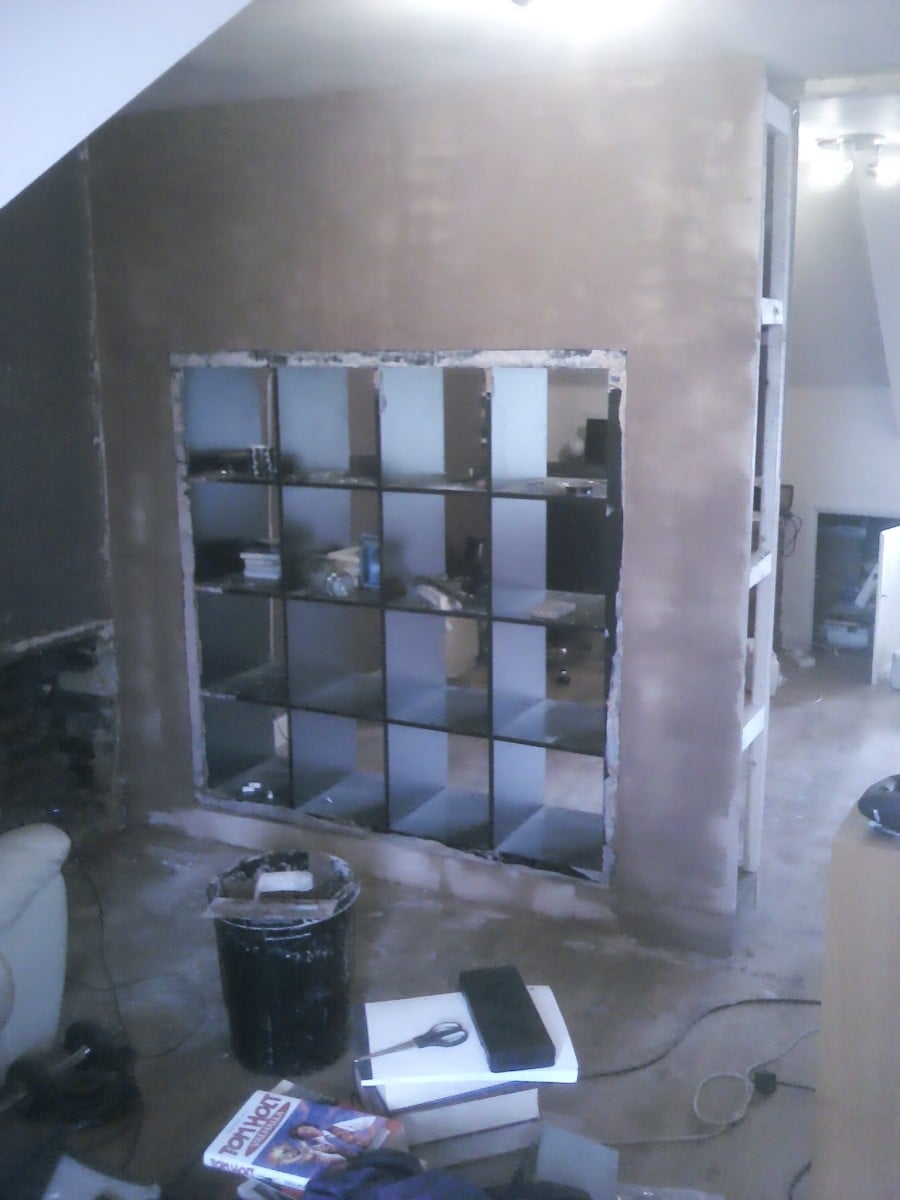 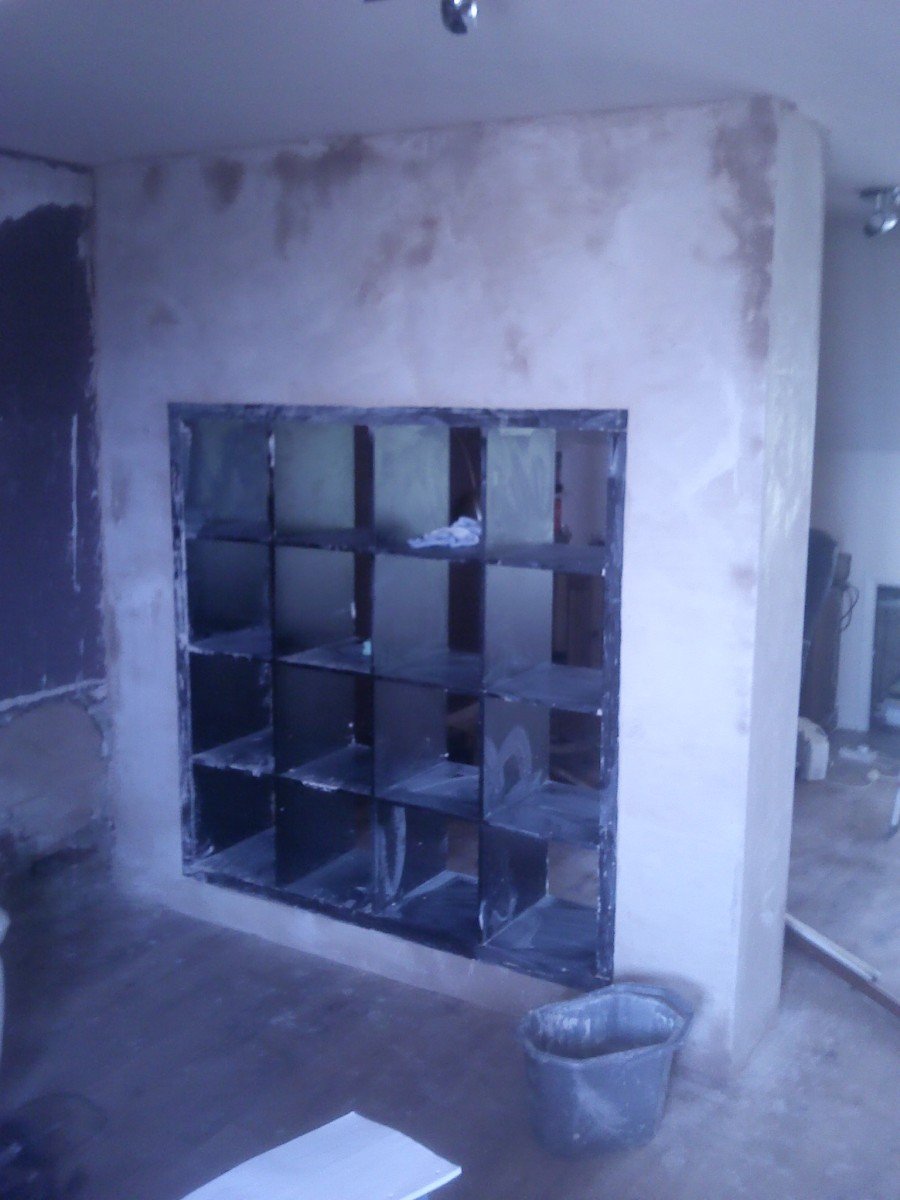 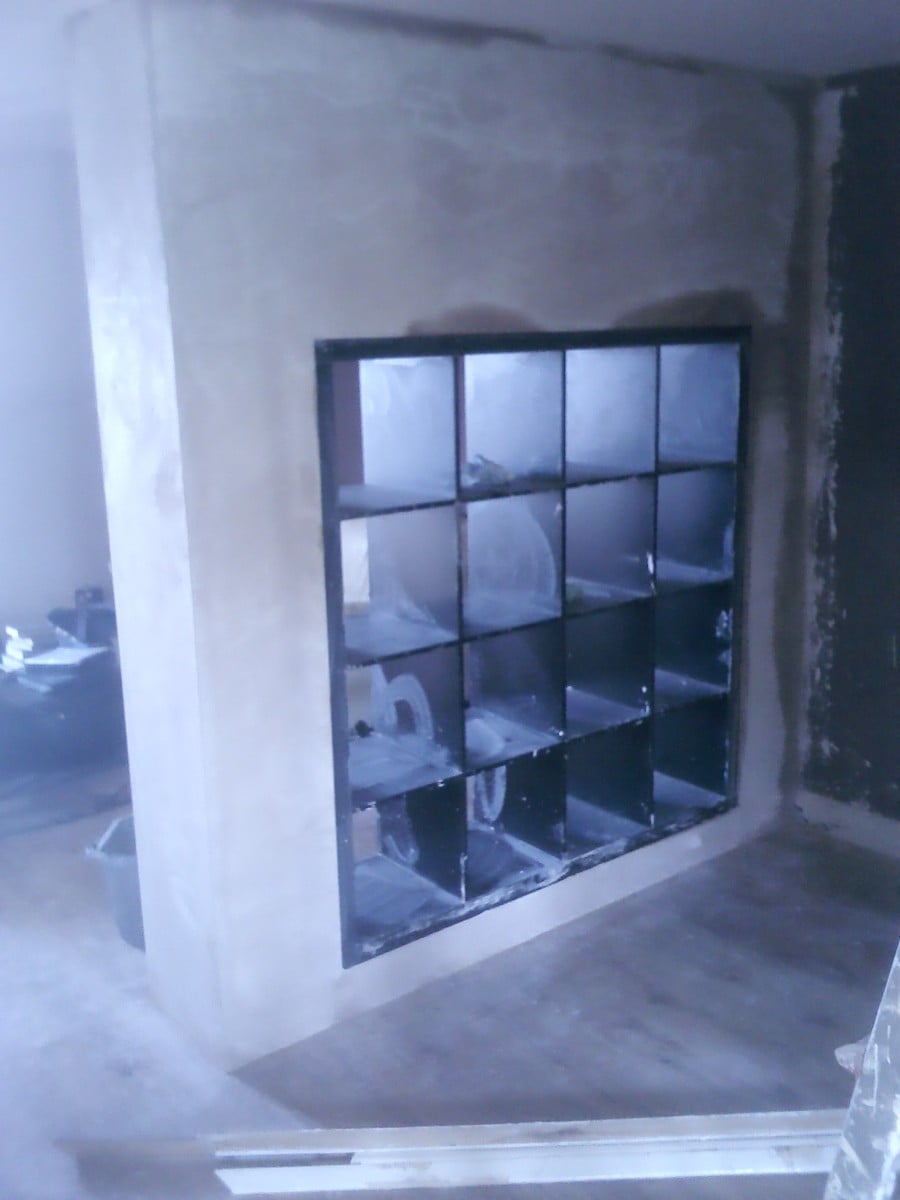 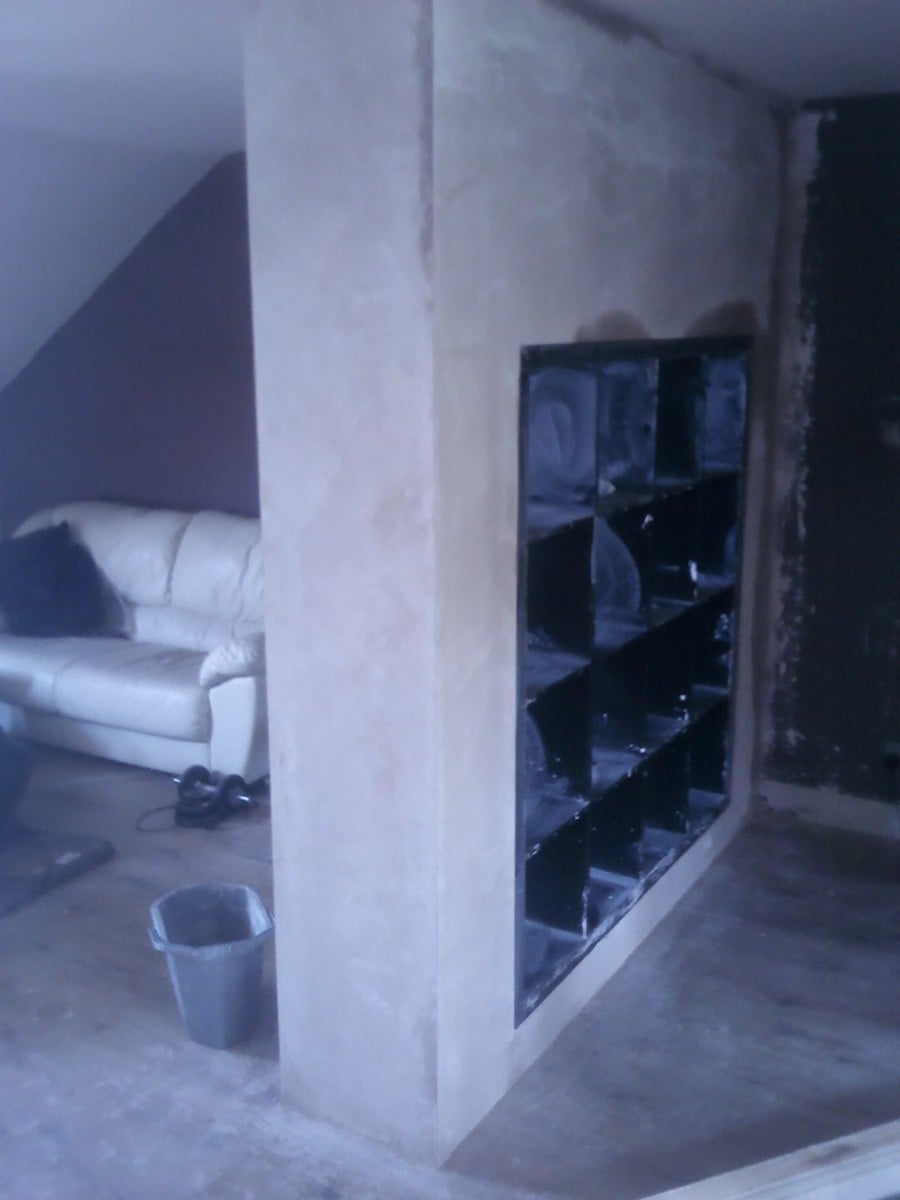 I then scuffed up the black colour so the paint adhered better, added architrave, undercoated twice, and finished with three coats of silk magnolia. 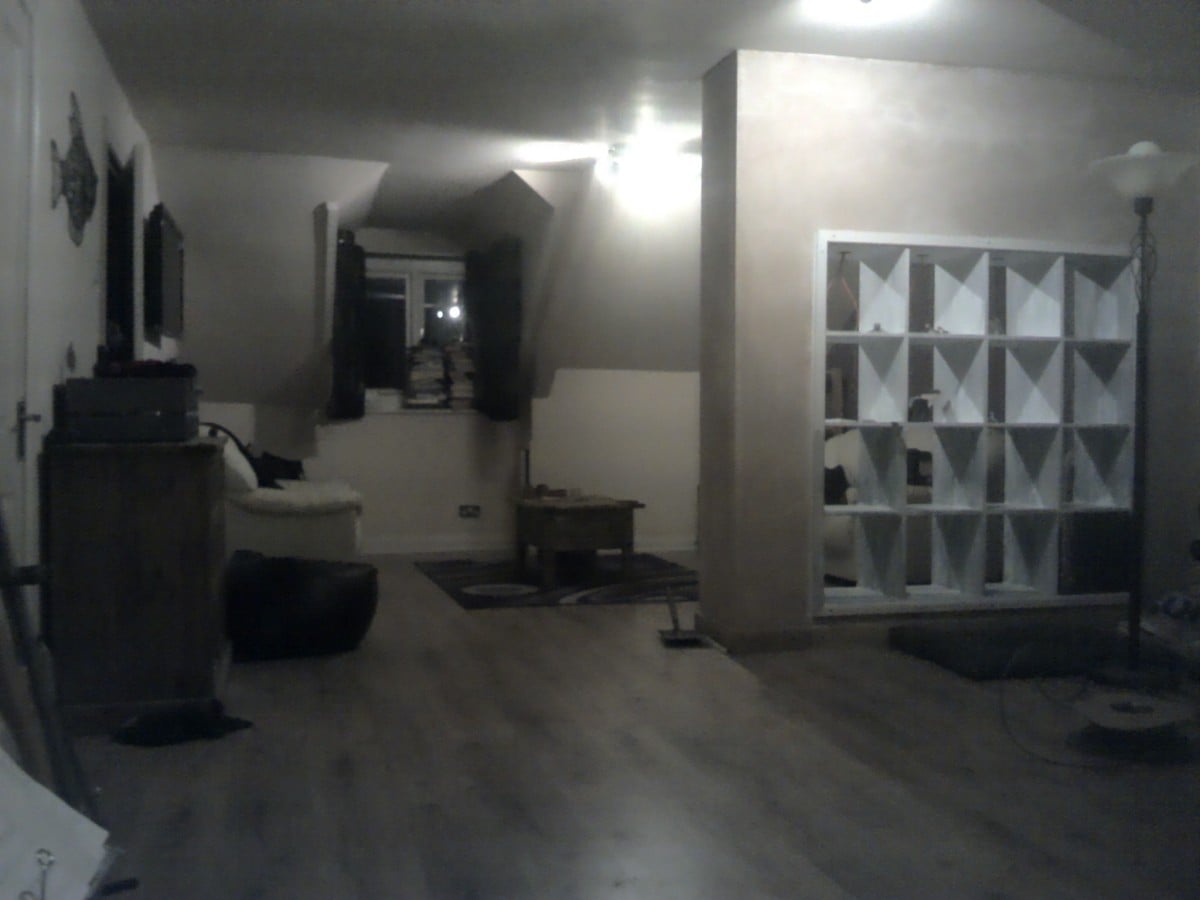 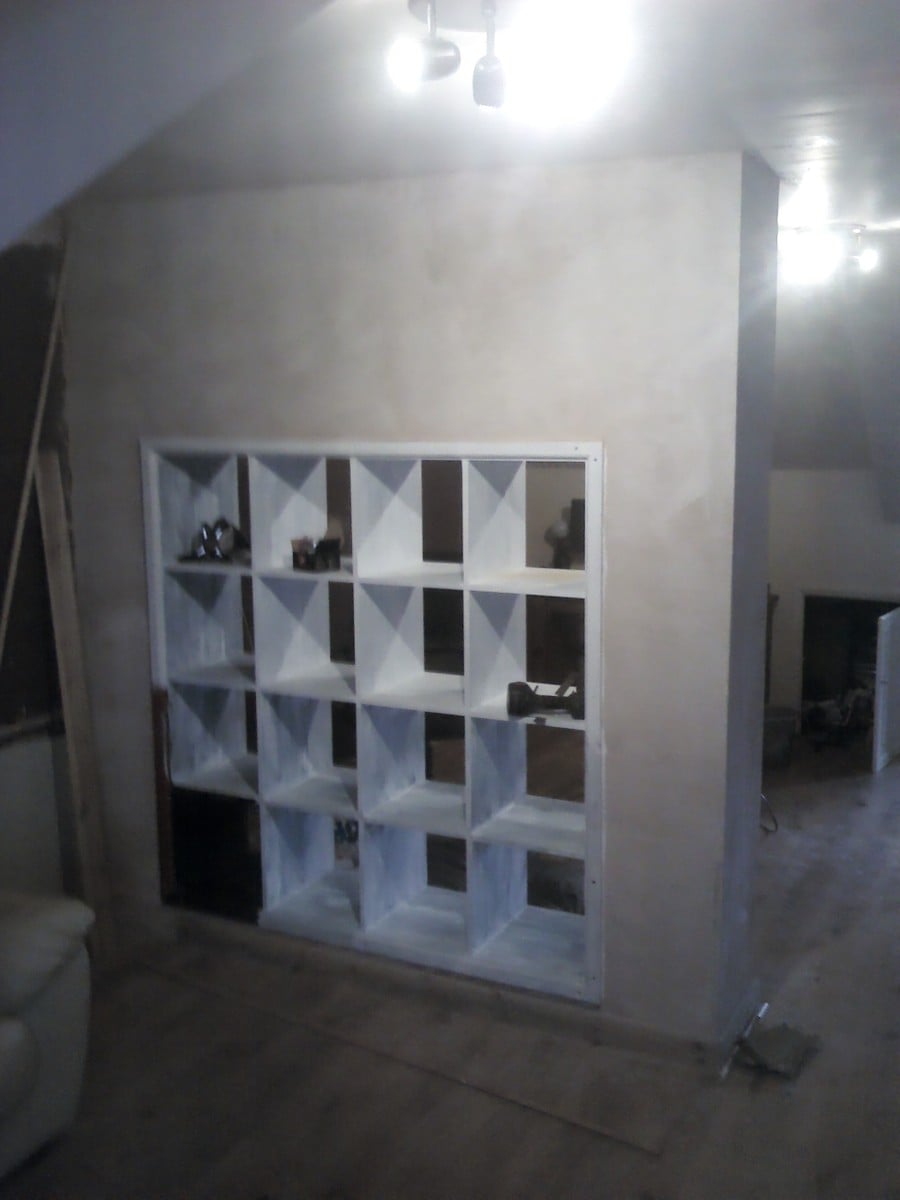