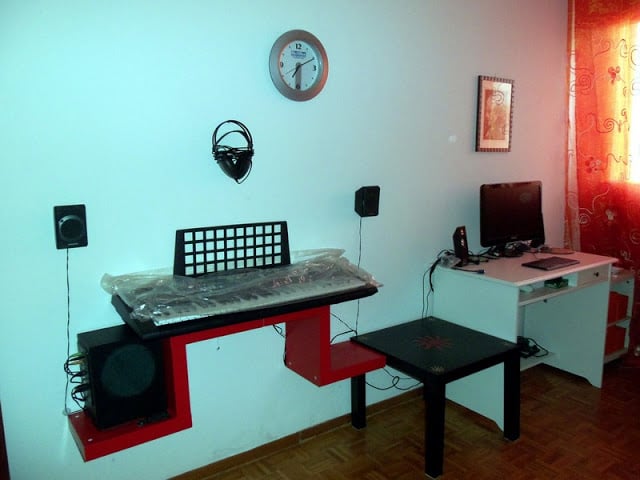 Description: This hack comes from Italy!
So, my partner and I bought 4 LACK zig-zag shelves, 2 red and 2 black ones, with the idea of stacking them all on the same wall, with alternating colours, but then changed our mind about it. Only 1 shelf went on said wall as originally planned, and we used the other 3 in alternative ways.

The red shelf, we turned into a holder for my partner’s keyboard (pic above). We have this small guestroom he uses as his “study” and we wanted a floating shelf to hold his keyboard so it wouldn’t take any space on the floor. That’s where the remaining shelf came in handy! We assembled it in a different way (see picture), and to do so we drilled additional holes in the shelf so we could join the two Z-shaped parts together as we needed, using a couple more of those small wooden Ikea pegs.

Then we hung it to the wall and put 3 L-brackets under it for support. We needed the L-brackets because that wall is basically a plaster wall, unable to securely lodge the nogs, otherwise we would have used invisible nogs instead of the brackets.

So now we have the perfect keyboard-holder, with enough legroom under it to sit and play comfortably and shelves on each side to hold the loudspeaker and other stuff (and you can see a redecorated LACK square table on the side, too!).

Two shelves, the black ones, went to form a pretty decorative “shelf system” on another empty wall of our living room. 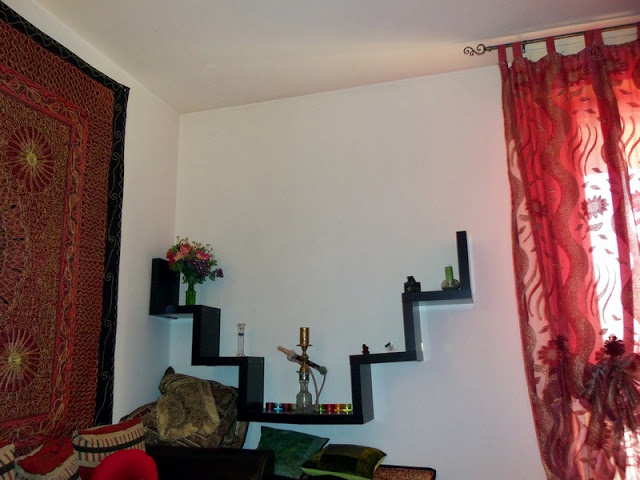 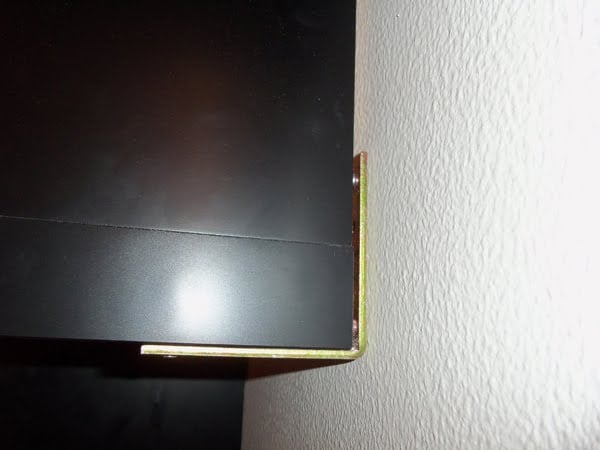 Once we had the first LACK in place, we proceeded to hang the second one. We divided it into 3 smaller L sections so it was easier to handle and we could drill the necessary holes into the wall more comfortably, assembling the next bit once the previous one was in place.

We started from the bottom, to form the larger bottom shelf, then proceeded upwards until the whole thing was securely in place.

We used some flat metallic brackets to join the two shelves at the bottom. Because our wall wasn’t even, an irregular gap formed between the two shelves in the point where they connect to each other, so we carefully laid out a sheet of black adhesive “vinyl” paper over that part of the shelf, including the front edge, so it would cover the gap and create an even, seamless surface 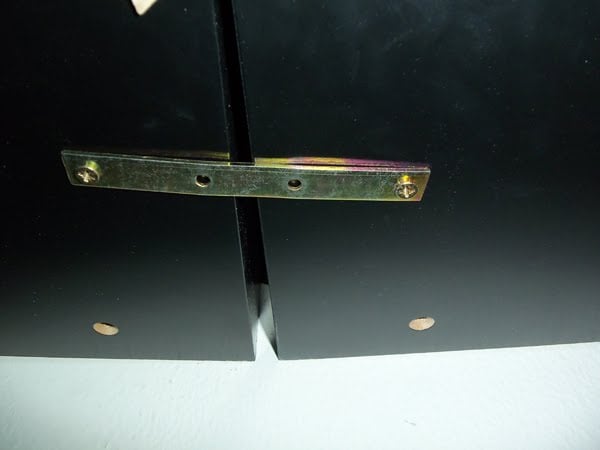 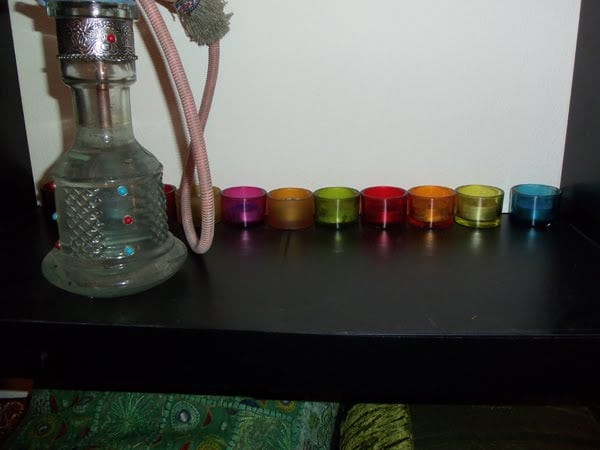 We’re really happy with the result!