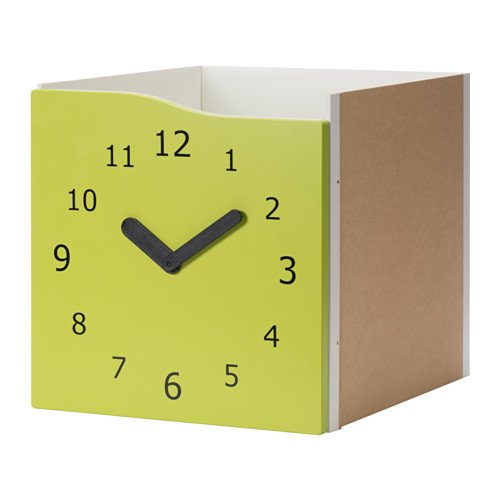 I’m surprised no one else had this idea before. I always liked the look of the KALLAX  door with the clock, but I wanted a real clock, not a childish fake one.

So I bought the KALLAX door and a RUSCH clock. I chose the RUSCH clock because it’s the cheapest one with big clock hands.

First I took RUSCH apart and separated the hands from the clock. After that I pulled the clockwork out of its plastic old home. You should be careful, because it’s glued to the plastic. It’s easier, when you remove the clock face first (it’s also glued.)

If you have proper tools, now you can make a fine looking notch in your door for the clockwork.
If you don’t have proper tools, like me, then a sharp box cutter will be enough.
Be careful, with your fingers and also that your notch isn’t too deep. 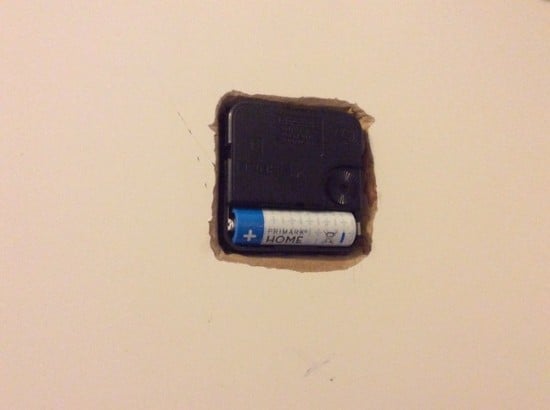 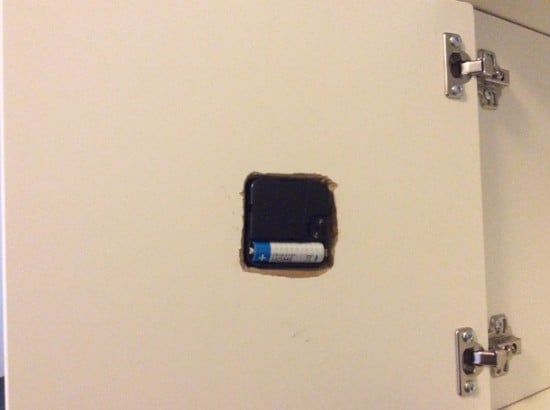 Put the clockwork in the notch and use glue to fix it.
After drying put the clock hands in the right order in front of your clock (first the little one, then the big one and at last the red one). 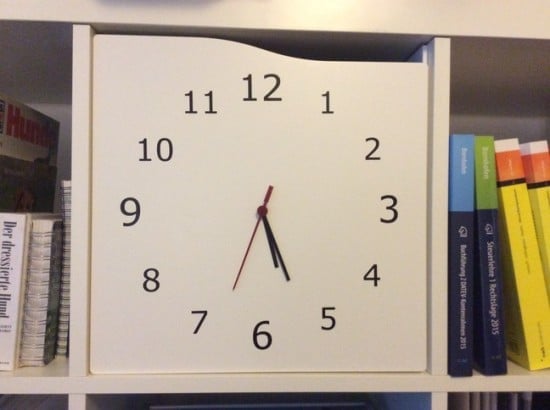 Now you can install the rest of the KALLAX door in the KALLAX or EXPEDIT shelf.