Space saving PC desk (that hides the monitor too) 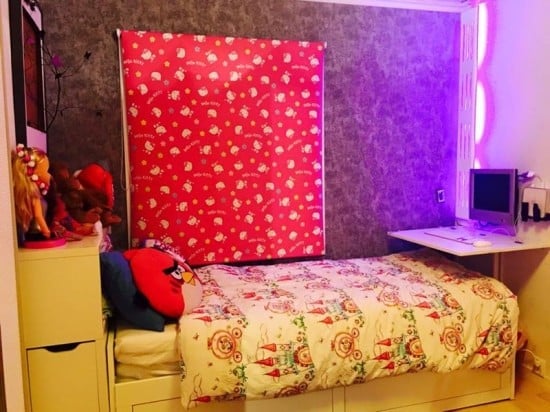 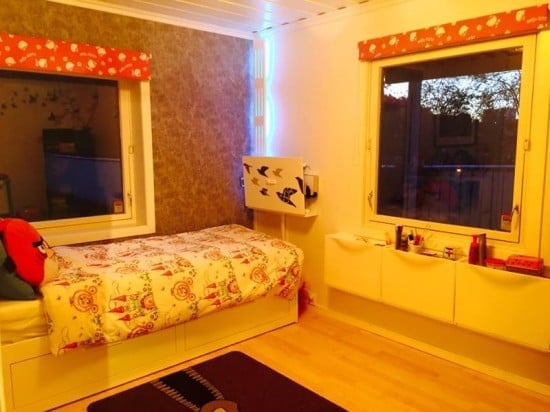 I placed the Norberg coffee table at the foot-side of the bed so that I can use the foot-side as a chair for the study table/pc station.  Due to lack of space,  I was not able to put it the way it is supposed to be placed (which is hanging downwards).  What I did was I placed the folding board upside-down.  At the same time, it functions to conceal the LCD monitor/Pc.

I followed most of the steps at the manual but the HACKING part was placing the HINGES.  You will need some drills to put some holes at the other side of the panels/boards.  I just turned the two panels upside-down and I just followed the old original holes and just placed the drill in the holes until it creates a hole that goes through the back of the board/panel.  Place the hinge at the top part of the table (originally from the manual, hinges were supposed to be attached at the bottom of the table. )

To be able to prevent the table from falling down, I placed hooks at the side of the table to be attached to the wall.  To make it more artistic, I placed some wall-art stickers (from IKEA) at the bottom of the table.  I also attached the hard drive at the wall due to its diameter.   As storage, I used the TRONES shoe storage from IKEA and placed it below the window, right beside the PC station.  I also placed LED lights at the back of the panel for an extra effect. 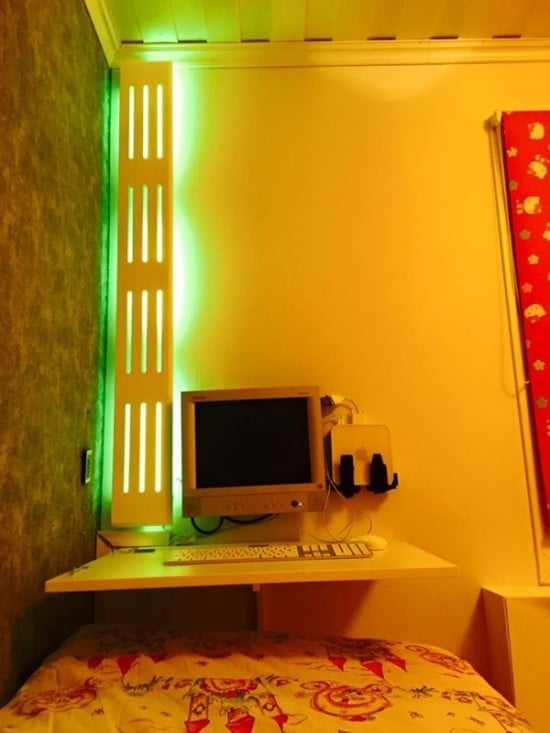 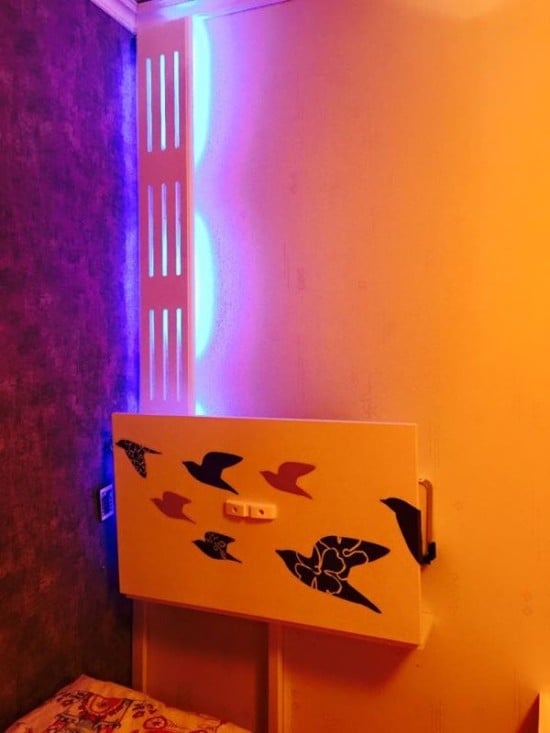 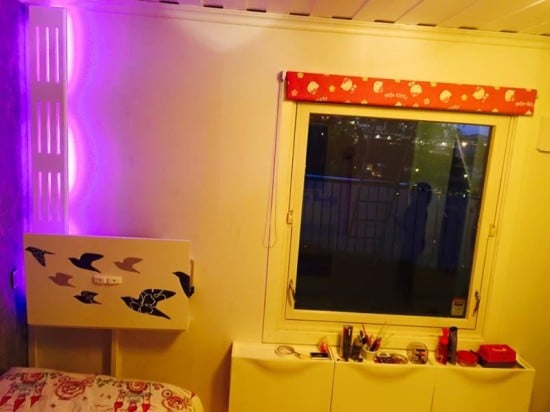