After a home remodel I want to put up floating shelves on a large wall.  I used to have Lacks.  These were the older, more sturdy lack floaters in both sides with the posts in them I purchased in 2002.  I had them up for 12 years and still have them.  Problem is I need more.  I purchased another for a bathroom in 2012 and it sloped with barely anything on it.  My other thought is to create a rows of EKBY BJÄRNUM shelves spray painted in gold, staggering the connecting brackets for effect across the 145″ wall.  I have heard however that the Ekby selves sag.  Has anyone had any experience with the Long 45″ ekby shelves sagging when filled completely with books? 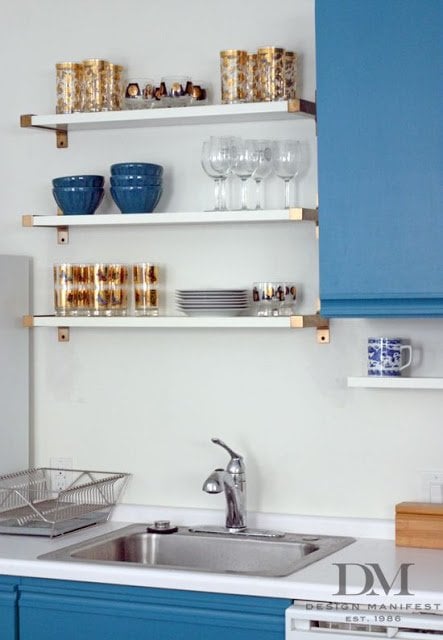