For a lot of years I had a problem with my Television set because I need to use a separate Receiver unit to make the needed channels available. Unfortunately the TV itself does not provide an included Receiver so had to make use of both units. In our diningroom I used an old TV-Wall mount to put both units to the wall. To make the Receiver-Wires-Plugs-Mess invisible I put a white cardboard in front of it. But all this is now history.

During my last Visit at IKEA Kaarst (Germany) I bought an UPPLEVA Wall-Mount for my Flatscreen.
As you can see in the next image I used two small wooden batten stripes to attach the Receiver also directly to the UPPLEVA Wall-mount.

Two short screws hold the Receiver to the battens so that it hangs directly beneath the Flatscreen-TV. 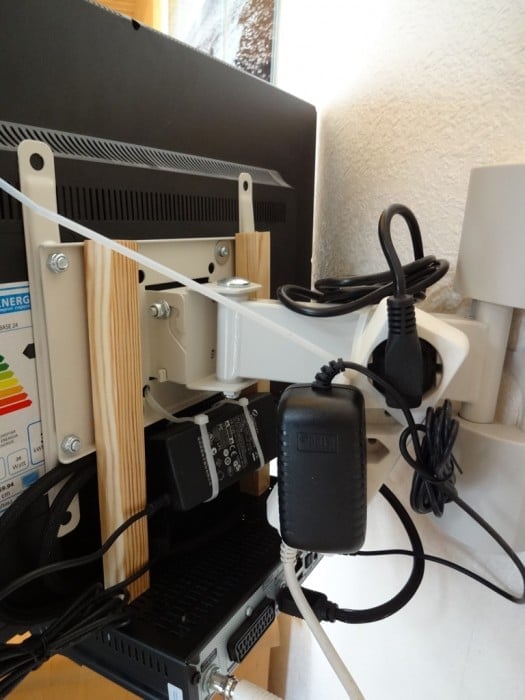 Some Cable-Holder helped to fix the wires and the multiple socket to the UPPLEVA Wall-Mount.
The really good thing is, that the UPPLEVA is very flexible and movable with all the stuff behind the TV. 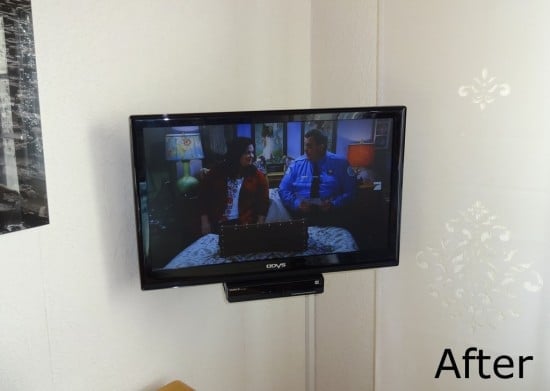 Now the Television set looks perfect to me and it is swiveling very well (if needed) the important thing for me is that the wires are all hidden and I can see the TV and the Receiver Unit also.

Overall it took less than an hour to make the small improvement to UPPLEVA and to attach the Receiver-Unit to the batten.