Expedit to kitchen storage and work-top 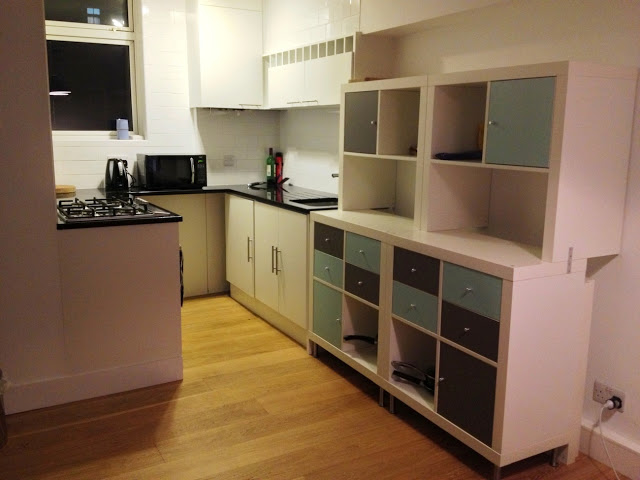 Description: My kitchen has virtually no storage space, so I needed something to extend the kitchen area outward and give me lots of storage. I also wanted more work-top area and bring some color to the monochrome kitchen.

The original idea (which you can see in the sketch in the photos) was more complicated and contained an actual work-top, which doesn’t work with drawers below the work-top. If someone wanted to build this without the drawers though, building it the way I sketched it would also let it be used as a breakfast-bar.

The build itself is quite simple and doesn’t require any special tools, except possibly for some pliers. 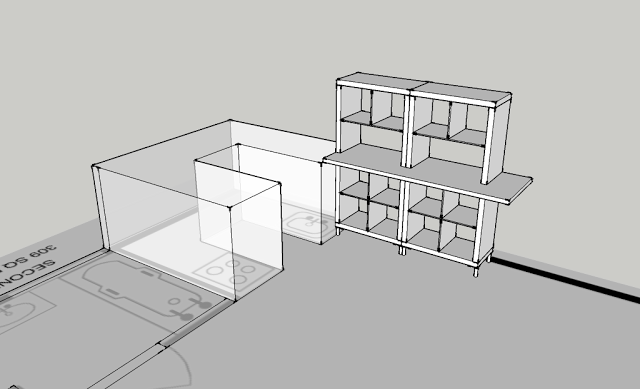 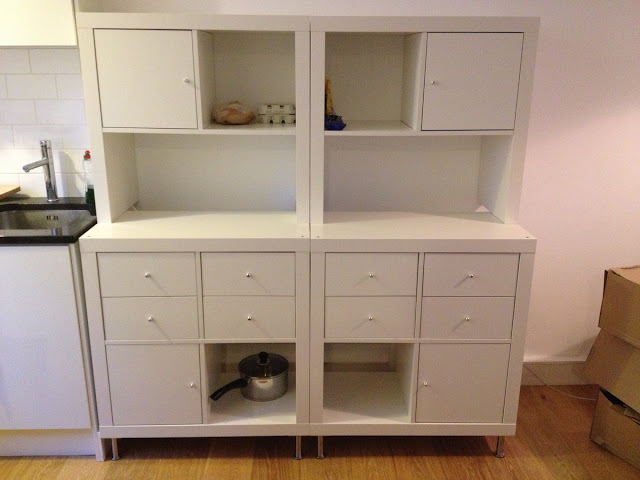 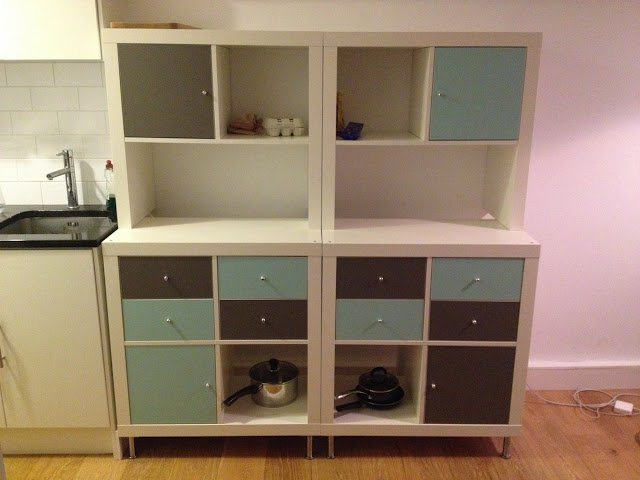 Assemble two Expedits as instructed and mount four capita legs each onto the bottom walls. Note the orientation, the long walls of the Expedits become the top and the bottom wall.

Depending on preference, work-top height or other factors, other legs than the 11cm capita legs can of course be used.

Assemble the other two Expedits as can be seen on the pictures, using only one of the short boards and leaving the bottom open. I used the two unused wooden pins for extra stability between the short and the long separating board, shortening the pins using pliers so they don’t stick out of the long board.

Finally the open sides of the unfinished Expedits go on top of the complete ones, using mending plates to fix them to one another. I moved the top Expedits back halfway of the depth, simply because that made everything line up with my kitchen.

In my case the two (now 2×4 big) Expedits are not fixed to each other which makes handling a bit easier, but they could of course easily be.

Finish up by putting in the inserts and make everything colorful with Panyl covers. One nice final touch would be to cover up the mending plates, but I haven’t gotten to that yet.