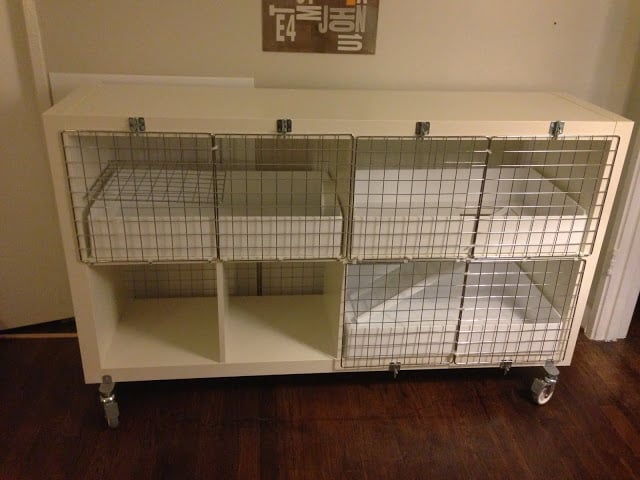 Description: I wanted a larger cage for my guinea pig, that also would fit into our modern mid century home. I also wanted something that I could clean easily clean and maneuver around when needed. Inspired by an Ikea Hack for a hamster cage, I went to work converting a 2 x 4 Expedit into a guinea pig condo!

First, I put the Expedit together with a slight modification. The center column stayed, but the two side columns were turned on their side. This made four large areas for my little man to run around. I decided that I needed at least one area for storage, so in the lower left area I added a divider from the Expedit unit and made two “cubby holes” for guinea pig supplies. 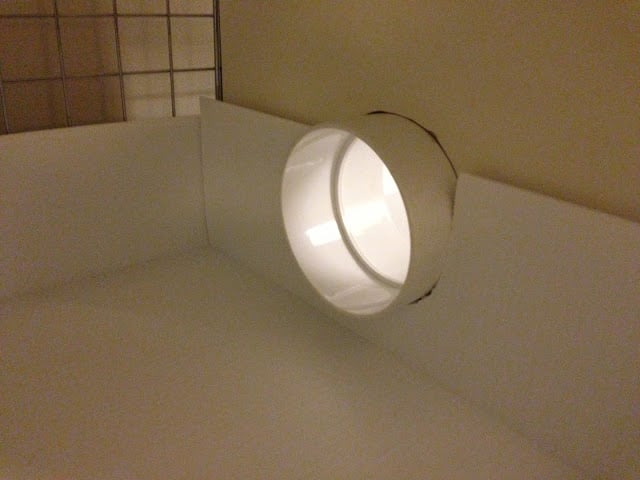 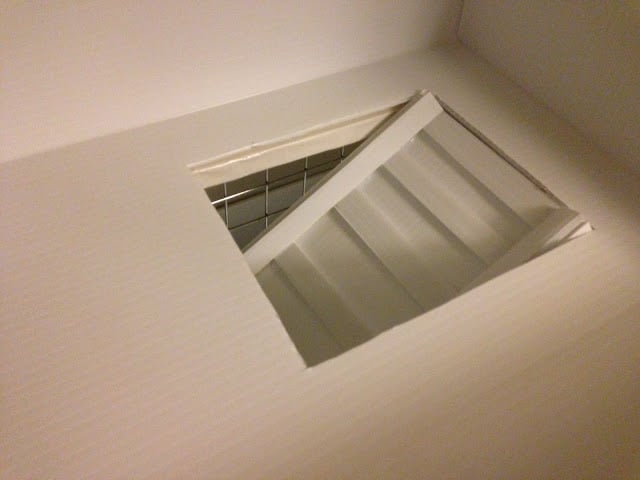 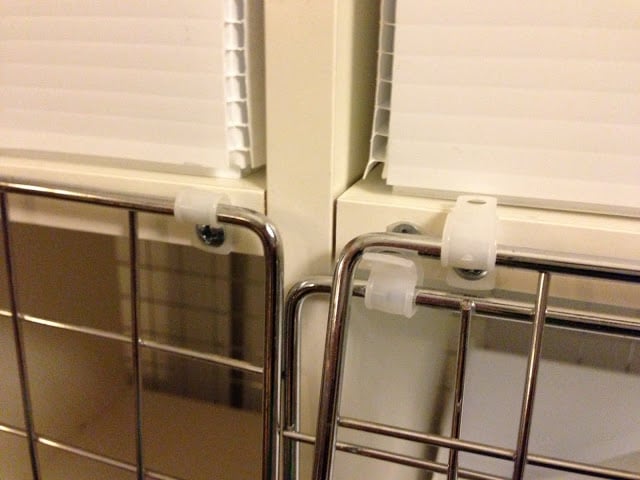 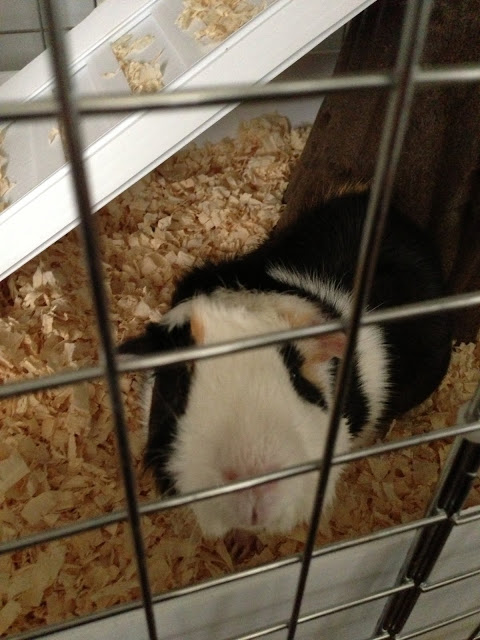 I already had some metal cage grids from an older cage and I attached them together with zip ties. To adhere them to the Expedit, I used cable claps. These were VERY cheap and worked like a charm. They even allowed for the front grids to fold down easily for cleaning! The back grids were one solid piece. But for the front, I made three separate sections, for each of the three areas I wanted to be able to have access to. For these three areas, I attached window bolts. This allowed me to be able to lock the panels in place, if I didn’t need to get into the cage, or have them unlocked for cleaning. (Or if I wanted to pet my little man.)

For the inside of the cage, I bought some Coroplast from a plastic supply shop online (only $20) and made them into plastic trays. These are easily removed for cleaning and make great guards to assure the litter doesn’t get all over the floor!

The final touches were the hardest. To get my guinea pig from one area to the area, I had to come up with a solution that was both easy to do (as I am not THAT handy) and relatively inexpensive. For the top section I used a circle cutter for a drill and drilled a 4 inch circle from the left to right section. So my little guy wouldn’t chew the exposed wood, I inserted a 4″ PVC pipe connector I got at the hardware store for the low price of $1.50! I used the remaining Coroplast I had, from making the litter trays, to construct a ramp to go from the top section to the bottom section. I cut a square hole and attached the ramp with screws to the top level. The last touch was adding Besta casters to the bottom of the cage so we could easily move it around when needed.

We also plan on adding Expedit doors to the two cubby holes to hide the food and other accessories we are going to store there.

New loves his new cage and has been squealing with delight ever since we put him in there! And we love the fact that for less than $150 we have a brand new guinea pig condo!