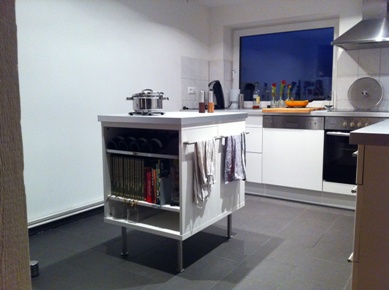 Description: Background
– Always wanted to have a kitchen island that matches the overall kitchen style
– Needed more space for cooking books that were stored on window ledge (can be seen on the first picture background)
– Wanted to accommodate dustbin and waste-paper as well as empty glass bottles (can be seen on the left hand of the picture below)
– Needed more work space in order to cook with more people in a communicative way 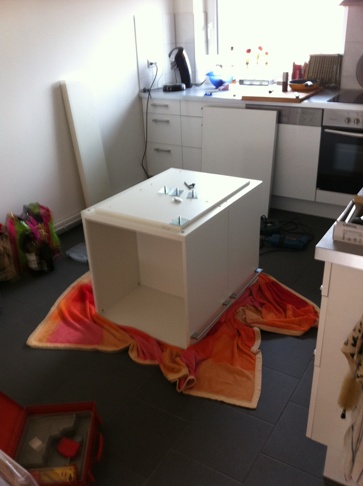 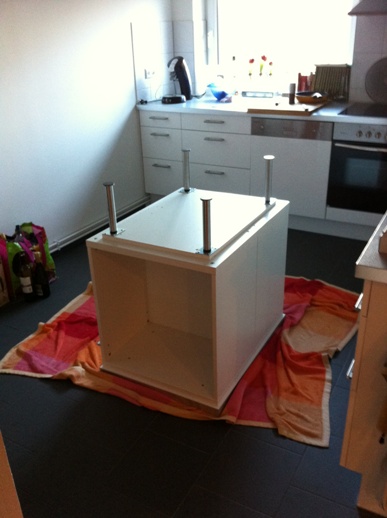 It was a one day project including shopping at Ikea. Material costs amounted to 100€ roughly.