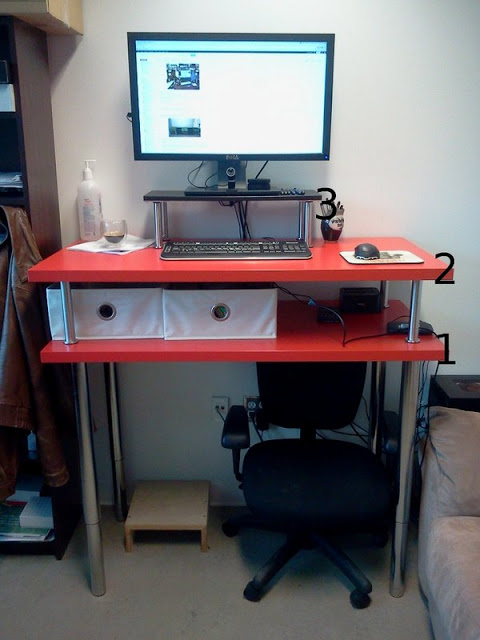 On top of the desk I have an Ekby Laiva shelf with capita legs as a monitor stand.