This is my IKEA hack of a linear chandelier, which we placed over our dining table. It’s minimal, modern and works great. 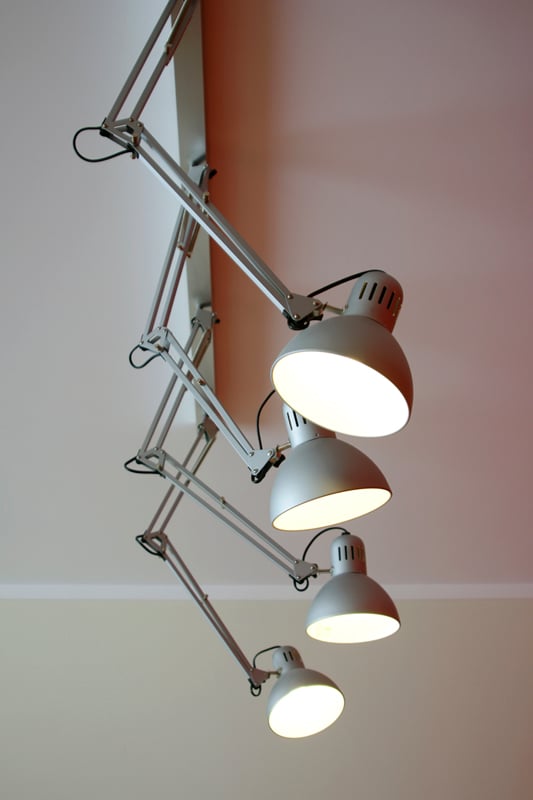 How I made a linear chandelier:

I started by reversing the lamp holder position of 6 TERTIAL lamps so that they could rotate down when the chandelier was in the ceiling.

To do that I had to remove the lamp holders, turn them around and reconnect them. The plugs were cut off.

I used a 5 cm square aluminum tube 140 cm long and made two eyelets for ceiling hanging. 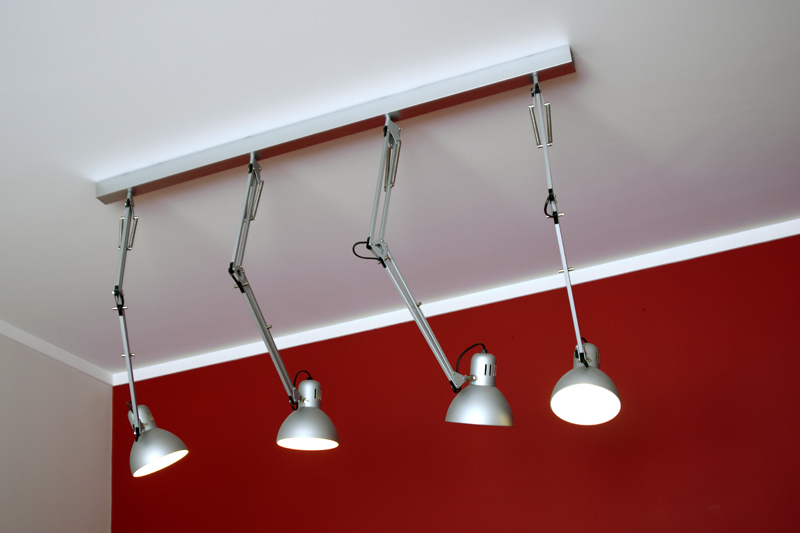 The holes for the lamps are 40 cm apart (10 cm from edges); the lamps were secured in position with 1,5 mm thick wire rings attached to their spokes.

The cables were connected and the chandelier was ready! 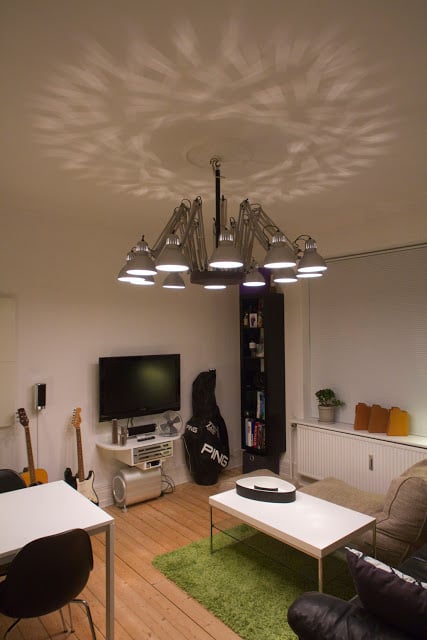 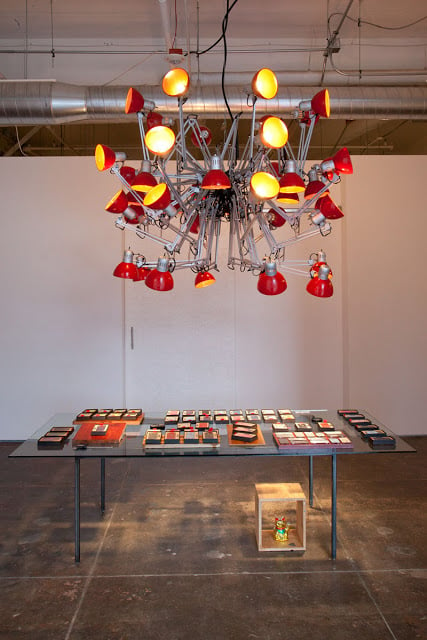 Jason’s version consists of three TERTIAL work lamps, fixed upside down to the ceiling. He says, “The TERTIAL lamp is the simplest and cheapest and I already had one laying around. The room calls for a decorative lighting fixture, but there is no such thing as a cheap, beautiful, classy chandelier. My solution was to add a bit of irony, surprise and humor to the problem.” Read more.