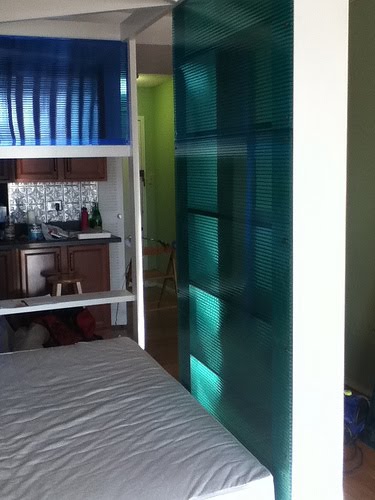 Description: We designed the project based on an idea in the NY Times about a Cube in a loft apartment. The designer used the basic idea, but applied it to a studio without a high ceiling. 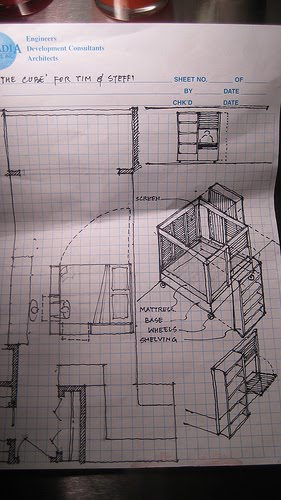 To keep the cost lower than starting from scratch we used an IKEA bed frame. We also wanted to have extra storage and the Mandal has drawer space in the frame. 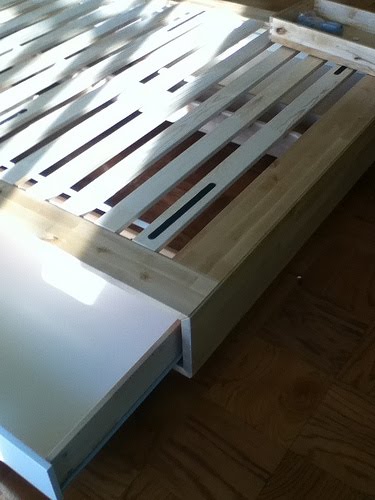 Step one: my carpenter built a frame on to the Mandal structure using pre-painted and finished lumber. The frame includes shelves made from poplar wood. We left the shelves unpainted, but added a coat of white paint to the entire upper structure to match the Mandal storage drawers. 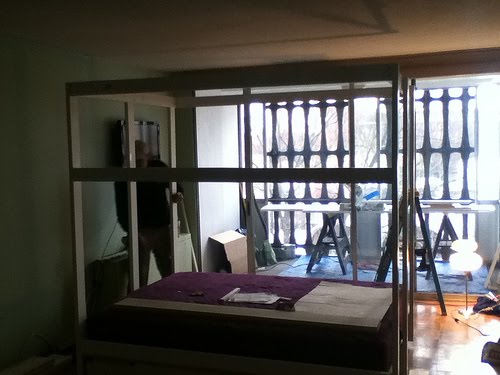 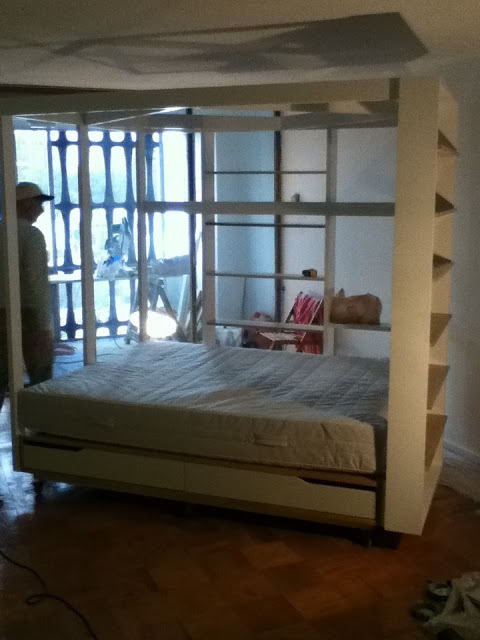 Step two: We added nine wheels to the Mandal to make the entire structure mobile. The wheels are from Coolcastors.com. Nine wheels were necessary for each part of the Mandal that was load-bearing. The wheels can be locked easily with fingers or with a gentle push from the toes. 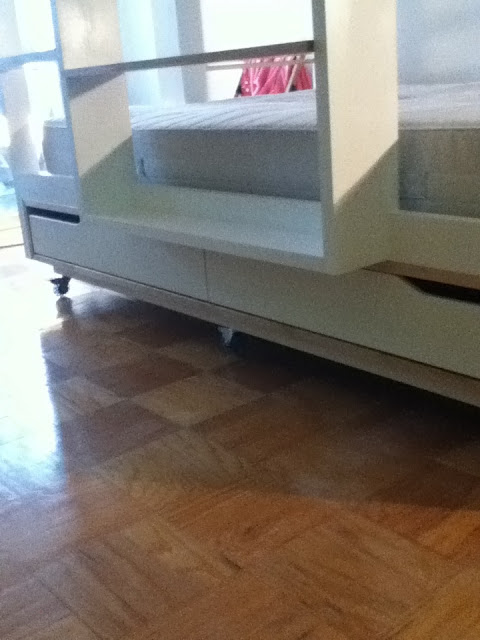 Step three: We added a plastic material to the exterior from Piedmont Plastics. The material is polycarbonate plastic. We chose green and blue as more soothing colors. 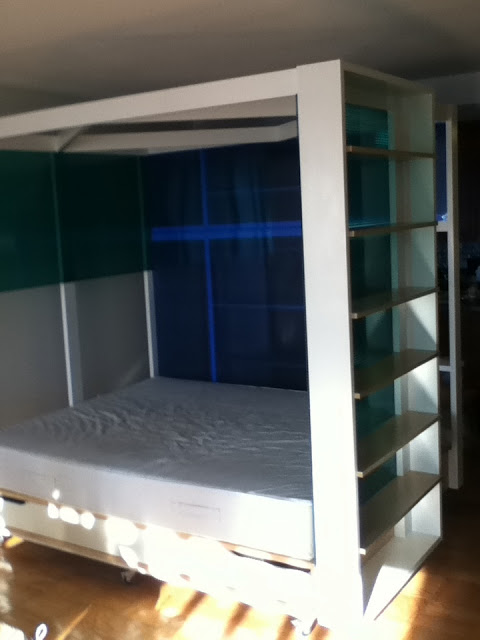 Steps four and five: are yet to be completed. A headboard will be added with a material not yet chose covering it. Also a drop-down desk will be added to the structure that will allow a person to sit on the bed and use it or outside the structure to use it while sitting on a chair. Remote controlled battery operate lights are also planned.