A couple of years ago I bought a STENSTORP kitchen island. Because we have little space, I wanted to put the kitchen island on wheels for more flexibility. We did the makeover this winter and it works so well! 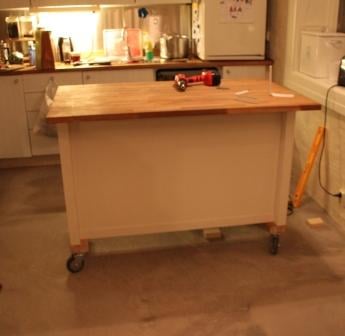 Materials for kitchen island on wheels:

How we added wheels to the STENSTORP kitchen island

My sister is a handy woman and did most of the work. I took pictures, and chopped off the legs. And actually sawed them!

The item has shelves on one side (now called backside).

On the reverse side there is an open space so you can use it as a bar, with stools (now called front side).

The two parts are divided by a wall, which serves as the back of the shelves.

First we took the top of the kitchen island. 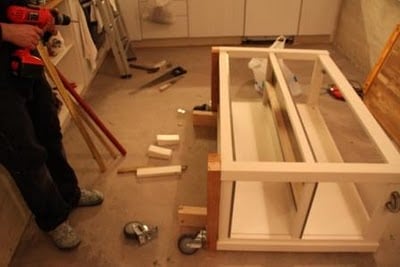 Then we sawed off the horizontal planks that were holding the front side legs. Then we shortened all legs. 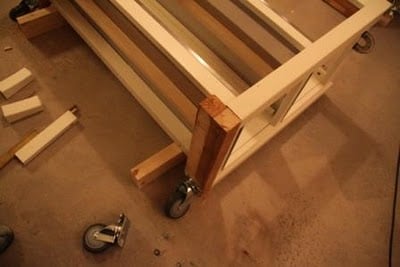 We took the legs from the front side and fastened it to the vertical plank that is holding the wall. 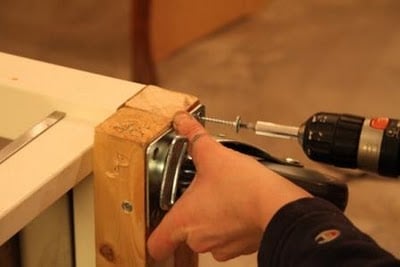 Then we took horizontal planks and fasten it under the legs. And fastened the wheels in them. 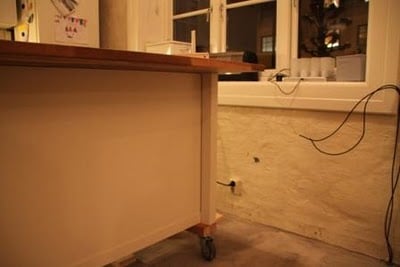 You may also like these IKEA STENSTORP kitchen island hacks

#1 Adding shelves to the STENSTORP 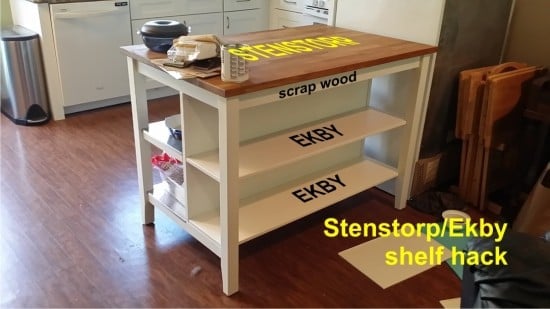 #2 Coastal makeover for the STENSTORP Lisa loved the STENSTORP island, but there was one thing that really bugged her. Anyone walking by the kitchen could see all the junk she had crammed on the shelves. She wanted to hide the mess and make the island fit more with the coastal decor of her beach house and look more permanent and custom. Here’s her coastal kitchen island.

#3 Add the VADHOLMA rack to the STENSTORP