Andrew was wondering how on earth could he put his TV in his new living room when he stumbled across ikea hacking and couldn’t resist creating his own TV furniture.

He says, “The following pic show the original design of the low table. A back ‘wall’ had to be added later on while shopping, as the back part of the Lack shelves are not as flat as I thought.” 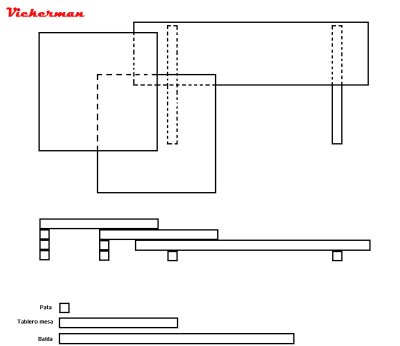 His idea is to use two small square Lack tables and a shelf. Table legs are positioned horizontally, resulting in 4 levels for visual depth. The short green backing wall also forms a divider of sorts to separate the two spaces within the living area.

The parts are glued together, not the strongest option and makes the table is a bit fragile. 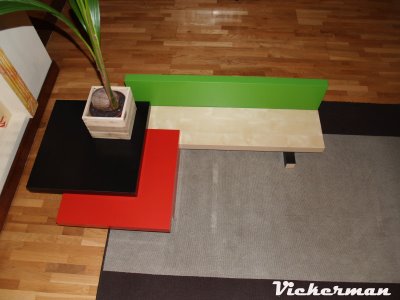 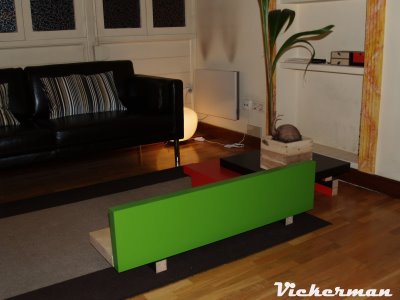 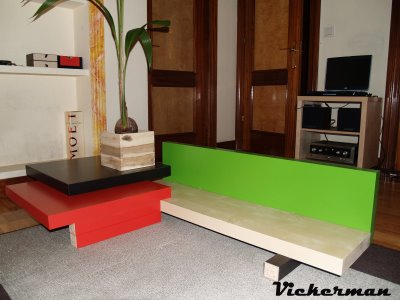 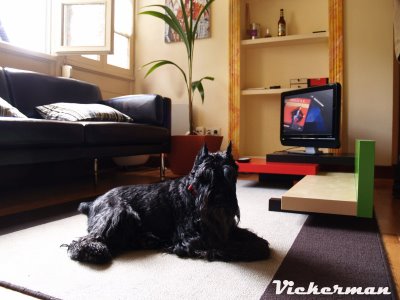 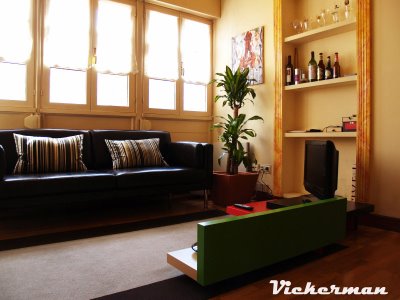