hacks for the holidays - IKEA Hackers

hacks for the holidays

two little hacks to get us in the festive mood.

a polarvide santa suit
sabine from germany sent me this some time ago but i decided to keep it for the holidays. “for a christmas party, we made out of 2 red polarvide throws and a litte bit of plush, a santa claus costume. it was a cheap and fast way to have a costume.” 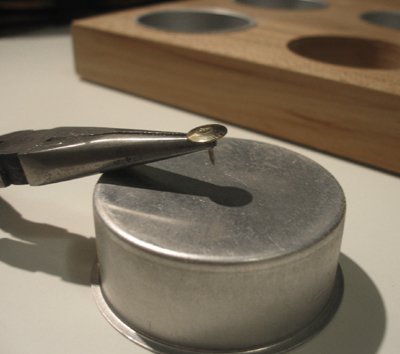 just hammer some tacks into the center of the metal cups in the hallare candle holder to hold the candles upright. after placing in the candles, add some white rocks (florera) for stability.