one of the things that i always wanted to have were books over the doorway. but i don’t think it will ever be possible with the low ceilings i have.

robert from paris, france, has done just the thing in his living room, seamlessly joining his billy book cases with height extension units over the doors. 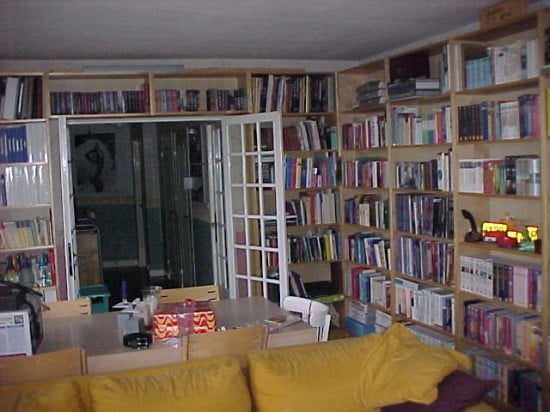 “here’s a few pictures of a hack that started quite some time ago when we moved into a new apartment with double doors into the living room. we already had six billies, each with double extenders but the new apartment had lower ceilings so the second extension wouldn’t fit. i disassembled two extensions and fit the top board as a bottom board inside two other extensions, which were then connected with another two extensions using two 2×2 beams to form the bridge spanning the double doors as seen in the picture above. 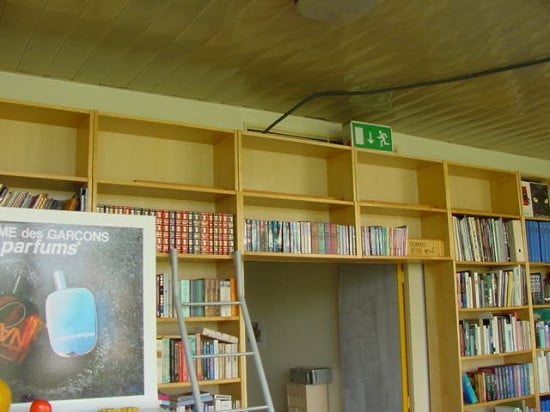 two years later we bought an old office building which we renovated (ongoing project). we converted what was originally a conference room into our living room and since it has high ceilings (yay) AND double doors we decided to extend the (book case) bridge. i had to cut up the sideboards of four extensions to fit over the two beams but the result is pretty nice, i think. the second picture shows the current setup, one of the two beams is visible in the picture but after we put the books back in it’s completely hidden. oh and don’t mind the electric tube on the ceiling, i still need to fix that.”